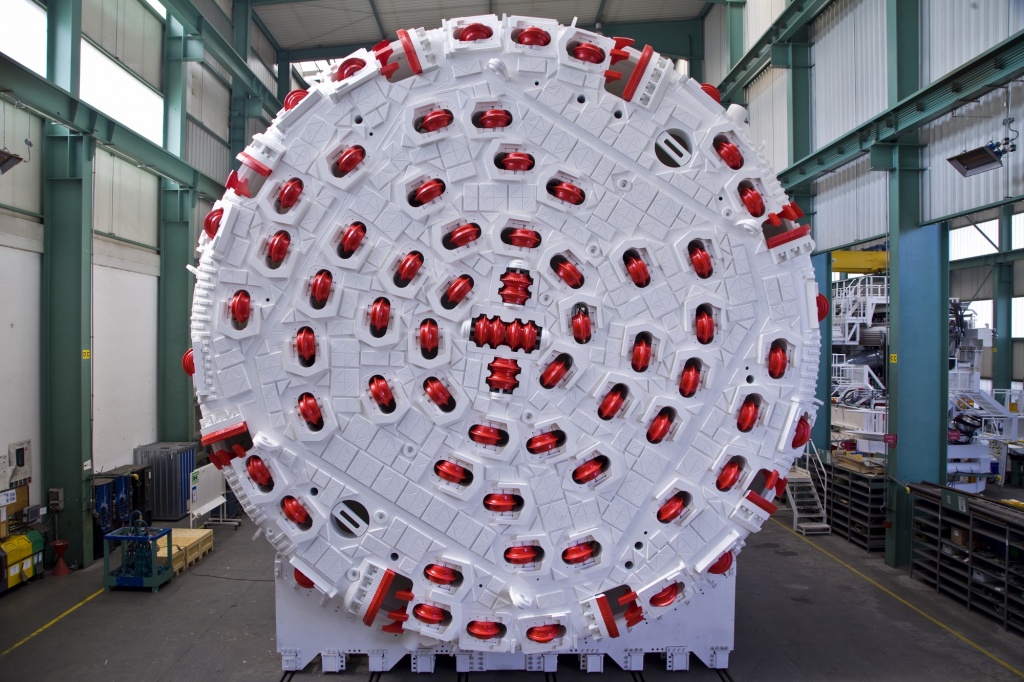 The second of four 9.9m diameter Herrenknecht Double Shield TBMs to be used by the Acciona/Ghella JV on Norway’s Follo Line is now complete and has been recently approved. The final two TBMs are still in assembly at the Herrenknecht plant in Schwanau.

Each TBM will work its way through 9.5km of hard Norwegian granite erecting an 8.75m i.d concrete segmentally lined tunnel.

Starting from the installation site in Åsland, two will bore the tunnel northward towards Oslo, the other two will head south towards Ski.

“We are delighted that another TBM is ready to be transported to Norway. The first TBM arrives in Norway in May, and number two will soon follow,” says Mrs. Anne Kathrine Kalager, TBM Project Manager for the Norwegian National Rail Administration (Jernbaneverket).

Fernando Vara, Project Director at Acciona/Ghella JV said, “We continue at full pace with the construction of TBMs, and at the site. I am glad to present the second of the four similar TBMs.”

The Follo Line Project is currently the largest transport project in Norway. The project consists of a 22km new double track railway line between Oslo Central Station and the new station at Ski, south of Oslo.

Acciona Ghella Joint Venture will construct the main part of the 20km long tunnel, which will be Scandinavia’s longest when it is finished at the end 2021.