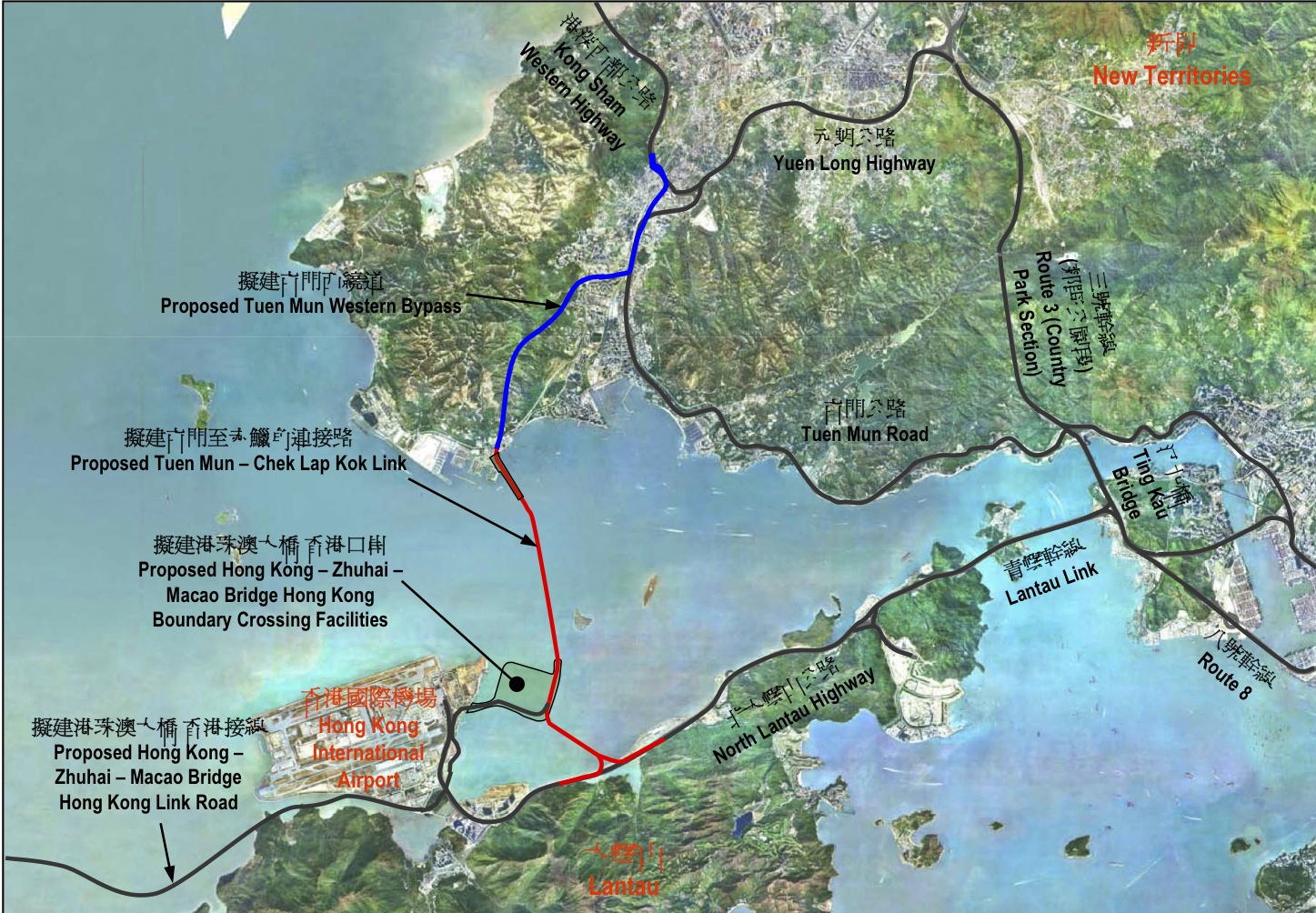 Consultancy contracts are due to go out to tender this month for Hong Kong’s approximately 4km long, 14m diameter twin-tube Tuen Mun – Chek Lap Kok Link (TM-CLKL) Highway Tunnels. The tunnels, which will connect Tuen Mun in the New Territories with Lantau Island, will be bored using up to two TBMs, currently anticipated as slurry machines, at up to 5.2bar pressure. The project will be the first use of TBMs in Hong Kong to construct a sub-sea road tunnel.

AECOM Asia has been carrying out investigations and preliminary designs for the project, which is scheduled to see construction tenders go out in February next year for a construction start in July 2012.

TBMs have been chosen, instead of Hong Kong’s conventional Immersed Tubes, to save dredging and disposing of some 11Mm3 of marine sediment. The method will also significantly reduce the impact on the environment, water quality and marine ecology, such as the area’s rare Chinese White Dolphin, and also minimizes the impact on the busy traffic along Urmston Road during construction.

Also in preliminary design, again by AECOM Asia, are the Tuen Mun Western Bypass (TMWB) Tunnels, that will take the Highway further into the northern New Territories and will feature twin 4.8km long tunnels with a diameter of some 12m, to be constructed using drill and blast. The tunnels will be excavated through granite, debris flow deposits, quartzitic sandstone, siltstone and phyllite, andesite with tuff and tuffite, and alluvium, and will lined using cast in place plain or re-inforced concrete. Tender dates are as yet unconfirmed but construction is tipped for a 2016 start.

Compared to the existing corridor, the project can save traffic between NWNT and Lantau a travelling distance of as much as 22km. In addition, it provides an alternative route to the Airport independent of the existing Lantau Link and North Lantau Highway.