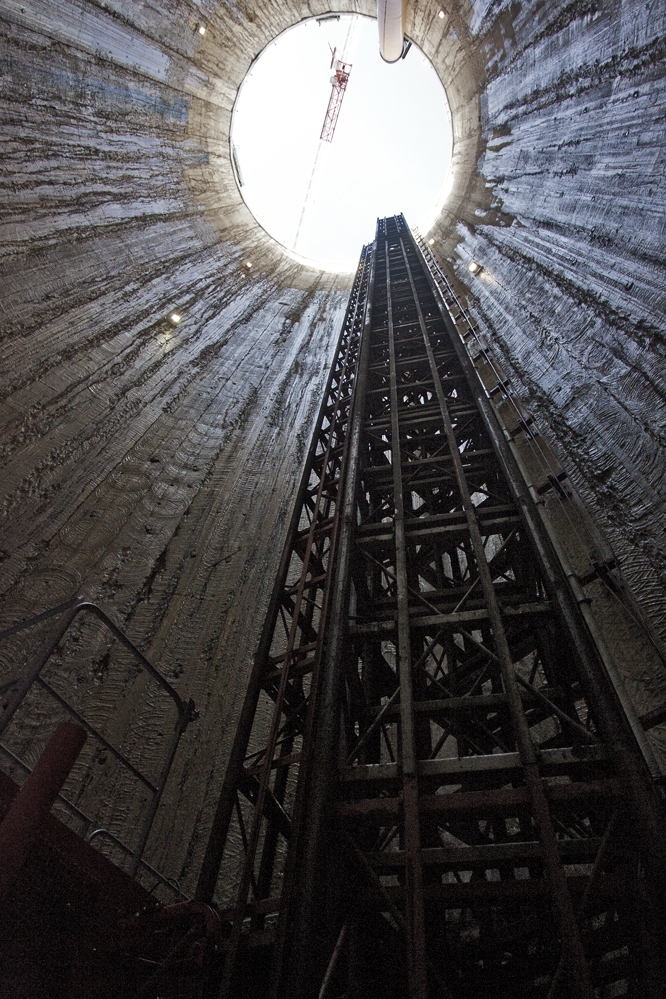 MVB, a joint venture of Morgan Sindall, VINCI Construction Grands Projets and Bachy Soletanche has completed the excavation of the first of three shafts at Beckton to facilitate Thames Water’s 6.4km long, 7m diameter Lee Tunnel project. The US$985M tunnel will capture  discharges from London’s largest sewer overflows and reach depths of up to 75m.

The completed overflow shaft, which is 20m in diameter and 75m deep, has had the 4.5m thick domed base slab installed and is now being prepared for the construction of the slip formed liner. The diaphragm walls for the shaft are 1.5m thick, and 90m deep.

Jet grouting will also be used at the Beckton Culvert and fissure grouting has been completed for the TBM breakouts and for an 11m curtain below the overflow diaphragm walls. The project also involves Continuous Flight Auger (CFA) and rotary piling for the inlet bridge, tower cranes, power supply complex and culverts. The TBM, named by a local school boy as ‘Busy Lizzie’ will be launched at Beckton at the start of next year.

Thames Water awarded the Lee Tunnel contract to MVB in January 2010. The tunnel is due for completion in 2014.

The Lee Tunnel is the largest project awarded in the UK water industry since its privatisation in 1989.