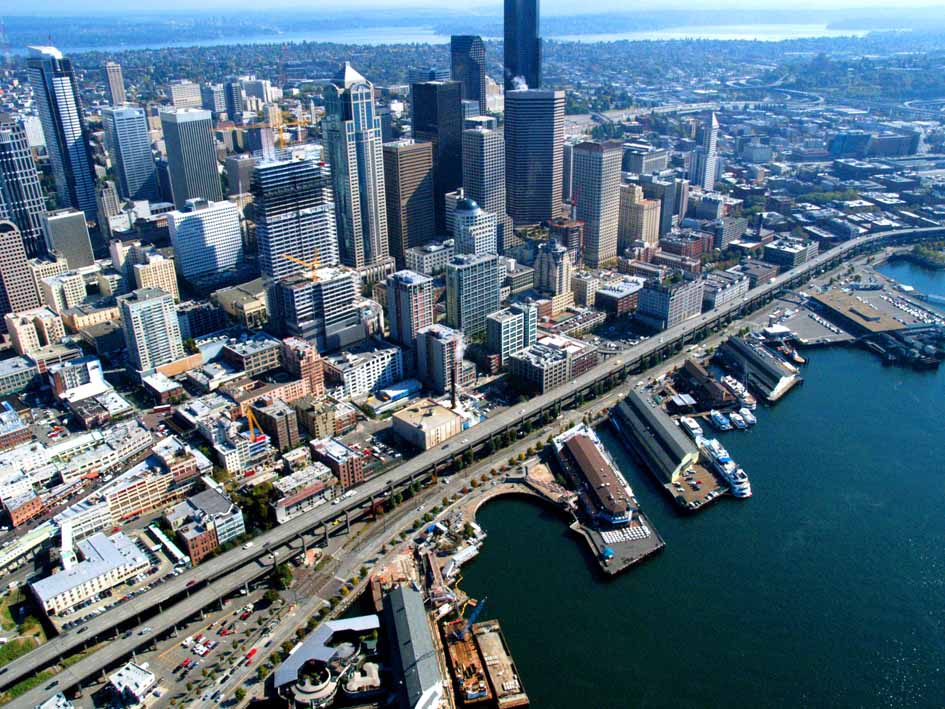 Today, Thursday 9th December, will be a big day for the international tunnelling industry with the apparent best value design-build bids for Seattle’s Alaskan Way Viaduct (SR 99) Bored Tunnel Replacement due to be broadcast live across the Internet at 1pm (Pacific Standard Time).

Seattle Tunneling Group (which includes SA Healy, FCC Construction, Parsons Transportation Group and Halcrow) and Seattle Tunnel Partners (which comprises Dragados-USA and HNTB) submitted their bids on the 29th October, in Olympia (the state capital), without project leaders actually viewing the bid prices. Instead, each team signed a one-page document attesting their bid was at or below Washington State Department of Transportation’s (WSDOT) $1.09 billion contract price target.

WSDOT has since spent the last month conducting technical evaluations of each proposal for the 56ft (17m) diameter single bore tunnel, awarding technical credits for commitments that add benefit to WSDOT above and beyond the Request For Proposal requirements. Credits could also be earned by reducing, mitigating, or transferring, project risks to the benefit of WSDOT.

The two final design-build bid prices will be opened at 1pm in Sound Transit’s offices, next to Seattle’s Union Station, and entered into a spreadsheet that already includes the ‘technical credit’ point ratings. “As soon as they open envelopes and put the numbers in, it will show apparent best value,” says WSDOT spokeswoman Kristy Van Ness.

WSDOT say the primary reason for locating the event in Seattle instead of Olympia is transparency. “There’s been a lot of interest in this project. Since it’s an open public process and anyone can attend, it will be a better fit up here,” says Van Ness. It is also hoped the public unveiling will help give momentum to the $1.96 billion tunnel project, which faces political opposition from Seattle’s Mayor Mike McGinn.

The live broadcast can be viewed at: http://www.seattlechannel.org/