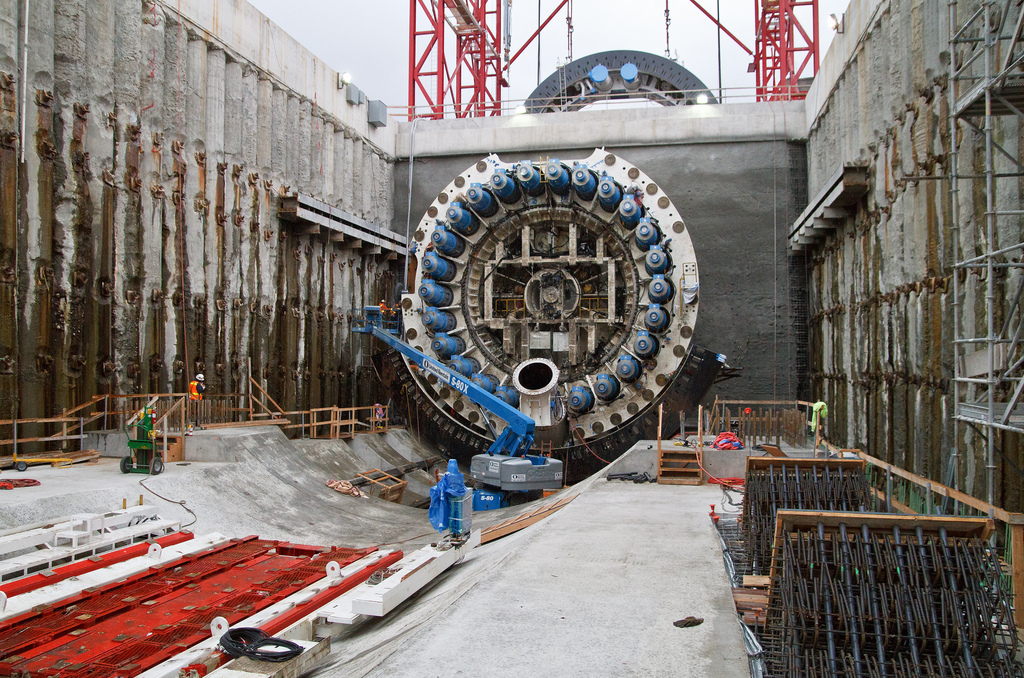 Last spring, a field of unturned earth marked the spot where Bertha will begin excavation of the 1.7-mile (2.7km) long highway tunnel beneath downtown Seattle. One year and 86,000 cubic yards of excavated muck later, the completion of the launch pit clears the way for machine assembly. ‘Bertha’s’ 41 elements are now being lowered into the launch pit using a custom fabricated Barnhart Crane modular lift tower mounted on a traveling gantry.

“If Bertha is the star of the project, the launch pit is her stage,” said Linea Laird, Washington State Department of Transportation administrator for the Alaskan Way Viaduct Replacement Program. “Completing the launch pit means we’re that much closer to the start of tunneling.”

Launch-pit construction started last summer in the work zone west of Seattle’s stadiums. Before excavation began, Malcolm Drilling crews drilled more than 200 piles, up to 100 feet deep into the ground to form the pit’s walls. The perimeter of the pit is 80 feet wide and 400 feet long. 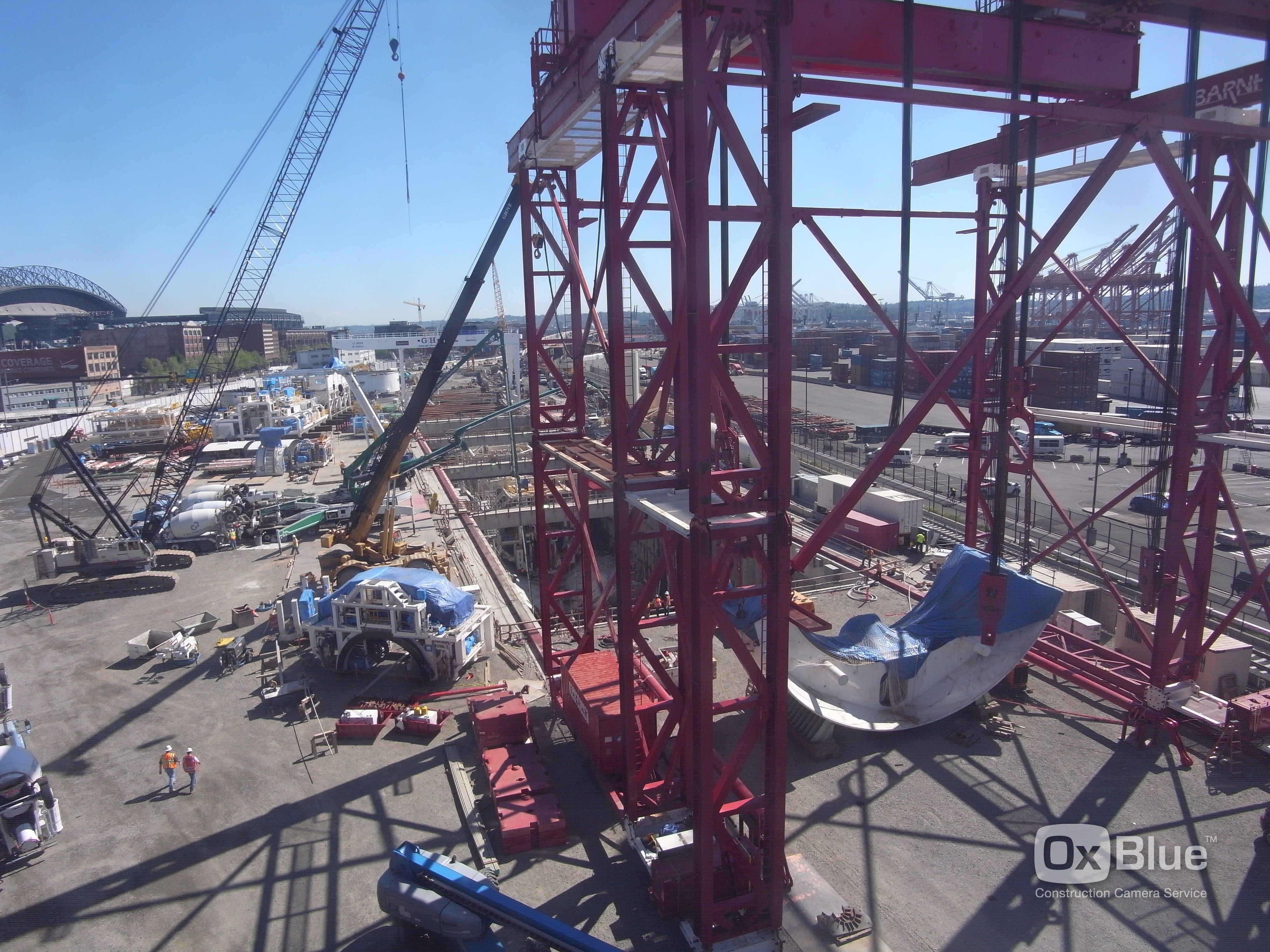 Work is also under way near the north end of the Battery Street Tunnel to prepare the area where Bertha will emerge at the end of tunneling.