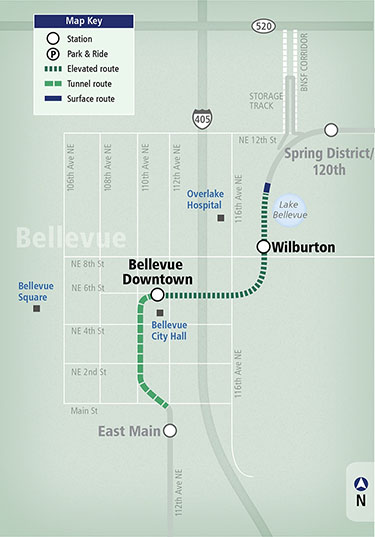 The contract includes site work, demolition of several structures, and the tunnel. The tunnel will be constructed by the sequential excavation method (SEM), with about 250ft at the south portal built within a cut-and-cover box structure.

Construction on the tunnel could begin next spring with completion expected in spring 2020. It will be part of the $3.6 billion East Link line, which is expected to open in 2023.

The 14-mile East Link route will run from downtown Seattle to Mercer Island and Bellevue, and then to the Overlake area in Redmond. It will have 10 stations, The trip between downtown Seattle and downtown Bellevue should be 22 minutes.