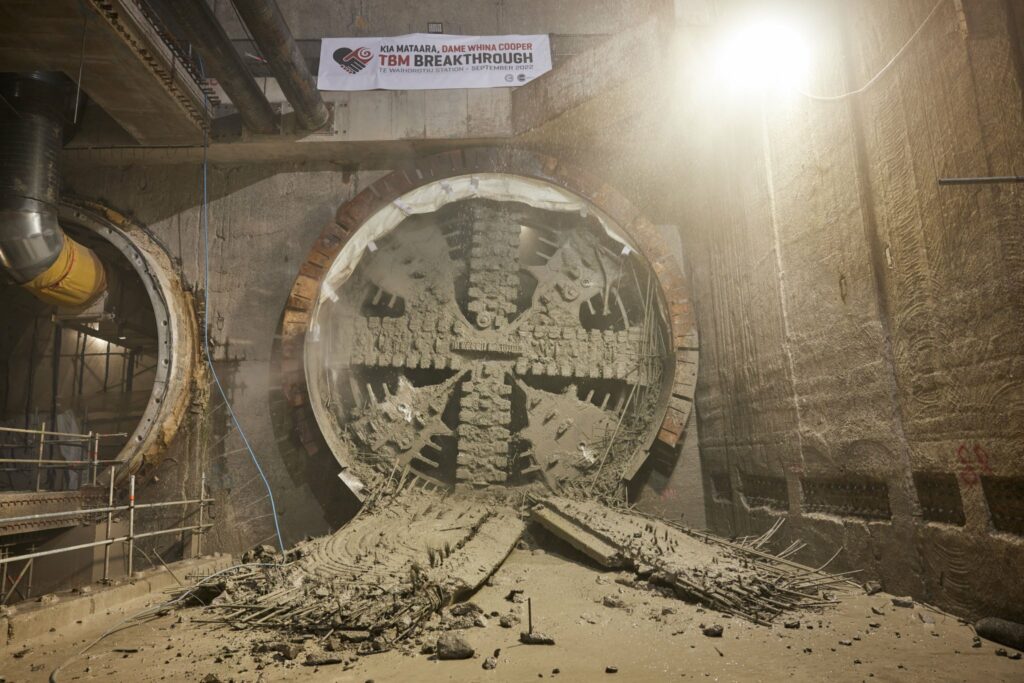 Auckland Mayor Phil Goff welcomed the milestone for Auckland’s transport network: “The final tunnel breakthrough is the culmination of 13 months of hard work by the tunnelling teams. When complete, City Rail Link will make it faster and easier to get into and around central Auckland, immediately doubling the capacity of heavy rail and ultimately carrying up to 54,000 passengers per hour in peak times.

“Building an underground rail network has never been attempted in New Zealand before,” says Dr Sweeney. “To have achieved what this team of 2,000 people have in the face of a global pandemic, multiple lockdowns, restricted Covid-working conditions and multiple other challenges is nothing short of extraordinary.

“There is so much more to do on the CRL project but the final breakthrough is an appropriate moment to pause and reflect on the extraordinary job our people have done in building these twin underground tunnels,” he says. “These tunnels are the cornerstone of the country’s first rapid transit rail network and will enable a transformational change in our biggest city.”

Key achievements during the tunnel boring phase include:

Francois Dudouit, project director for Link Alliance, the group of companies building the main contract of tunnels and stations for CRL, says the swifter finishing of the second tunnel reflected operational improvements and efficiency gains.

“I’m absolutely delighted at the performance of our team of 2,000 people who have brought their very best to this important project,” says Dudouit. “Everyone understands we are building the future of public transport in Tāmaki Makaurau and it will leave a lasting legacy for all its people”.

Whānau of Dame Whina Cooper, including daughter Hinerangi, will be present at the event tonight: “What a journey this has been. I think back to our beginning at Mt Eden and am so grateful we are here, together at the end,” says Hinerangi Cooper-Puru. “Two wāhine toa have been with us throughout the TBM’s journey – my Mum and Saint Barbara (the patron saint of tunnellers). They have both endeavoured to protect our people and have guided us through to the completion of the tunnels.”

Now the tunnel boring is complete, Dame Whina Cooper will be dismantled and lifted above ground. It will then be transported to the port for shipping back to Herrenknecht. Parts of it will be repurposed.