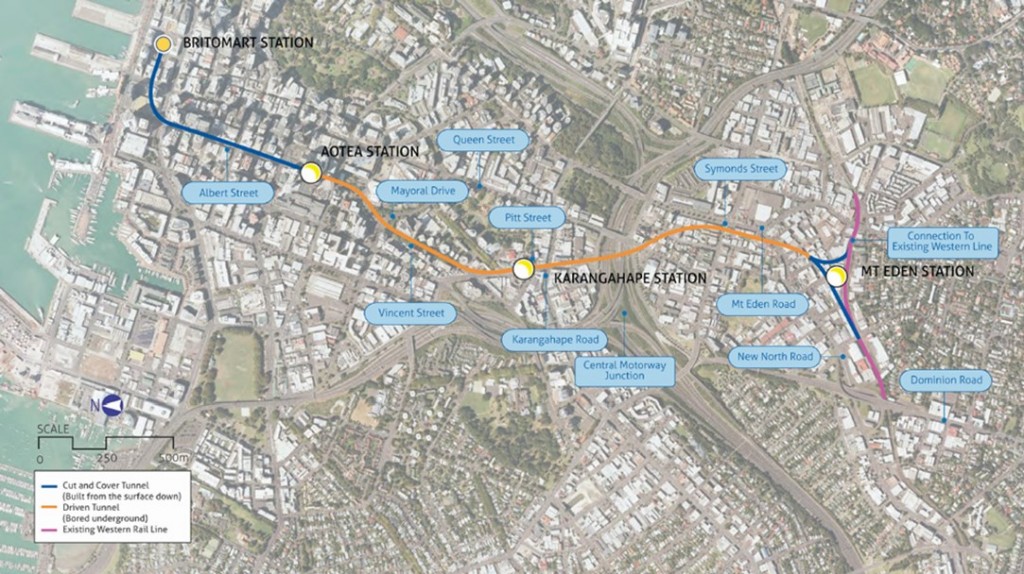 The largest component of Auckland’s City Rail Link (CRL) project – the construction of the twin 3.4kn long tunnels and new stations – has taken a major step forward with the release of its first tender documents to the industry.

There will be two new stations as part of the build of the underground rail line linking Britomart with the existing western line near Mt Eden.

The new stations will be near Aotea Square with entrances at Wellesley and Victoria Streets and a station in Mercury Lane, just off Karangahape Road. The present Mount Eden train station will be extended and redeveloped.

Tender documents for the tunnel and station works that involve:

CRL Project Director Chris Meale says the development shows the considerable progress being made. He says that as well as the tenders rolling out for future construction, current works are well underway.

“What will be a highly efficient and reliable transport choice for Auckland is now visibly taking shape,” he says.

The tunnels and stations contract will be procured using a Design and Construct model with a lump sum price based on a bespoke contract.