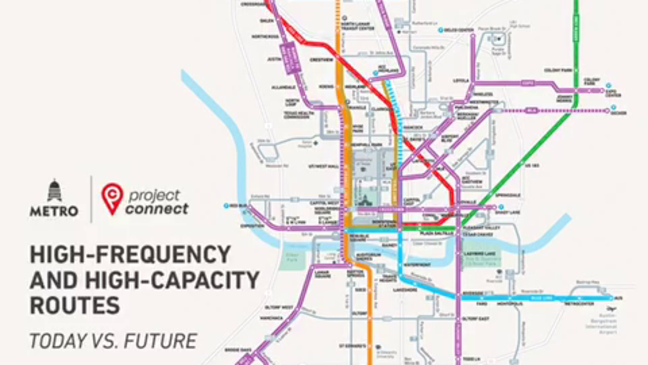 On January 14, officials from the City of Austin, Texas, and the Capital Metropolitan Transportation Authority (Cap Metro) unveiled details of a potential light rail expansion plan, dubbed Project Connect, including a 1.6-mile downtown tunnel to connect an elevated north-south downtown line to a line out to Austin Bergstrom International Airport.

The light-rail routes would run between the North Lamar and South Congress transit centers, and between the International Airport and the North Lamar Transit Center. Officials will also explore the possibility of constructing a 1.6-mile rail tunnel along 4th Street between Trinity and Guadalupe streets, which would place the project price tag at around $8 to $10 billion.

The authority is proposing funding 40 percent of the project through federal grants, with the remaining dollars to be funded through a transportation bond election or tax rate election. Cap Metro’s board and the Austin City Council expect to finalize their recommendations by March and select a final transit option by May.