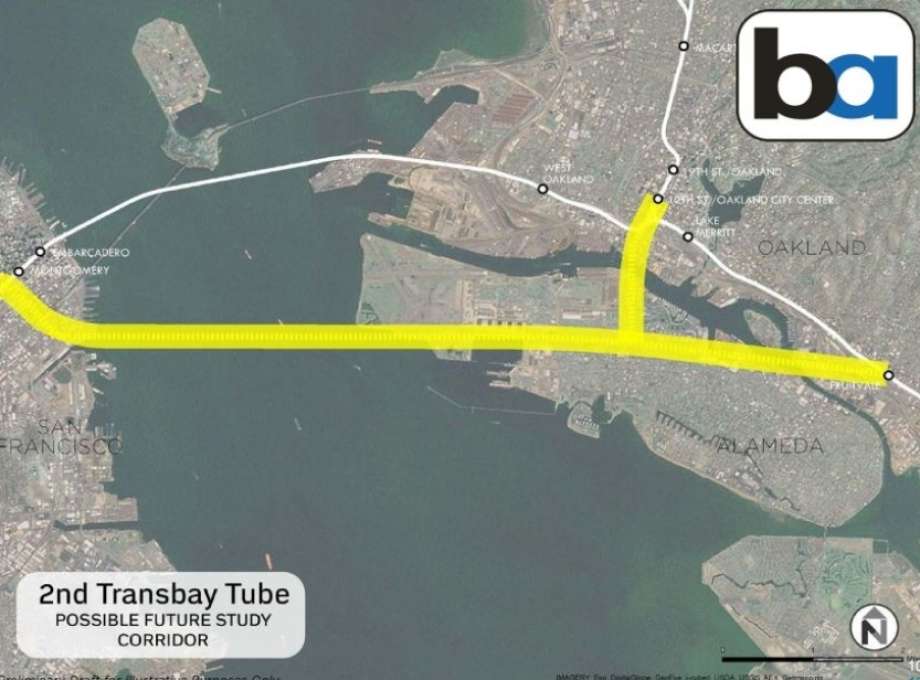 California’s Bay Area Rapid Transit (BART) is aiming to start construction on a second tube under the San Francisco Bay within the next decade, as transit planners anticipate population and job growth that could overwhelm the Bay Area’s stressed rail system.

In mid-November, BART directors received an update on early steps toward a second BART crossing that could include both standard-gauge rail tracks and the wider BART tracks, which could allow riders to have a one-seat ride from Sacramento to San Francisco.

The next stage is to conduct an economic impact assessment. BART will also issue a request for proposals next month for strategic advisory and program management services. The winning bidder should be announced in mid-2019; that winner will conduct a feasibility study and recommend two to four possible alignments for the second crossing.

Studies and early engineering for the project will be funded by $150 million from Measure RR, the $3.5 billion BART modernization bond measure approved by voters two years ago. Another $50 million for the study will come from Regional Measure 3, approved last June.

Planners have listed six objectives for the project, including the possibility of 24-hour service and increased capacity and to access new markets and growth opportunities.

A new study by the Bay Area Metropolitan Transportation Commission predicts that 4 million people will move into the mega region that encompasses the Bay Area, Sacramento, Santa Cruz, Monterey and San Joaquin counties by 2040, and that San Francisco will add 300,000 jobs. If demand for BART escalates from about 45,000 people crossing the bay during peak hours in 2020 to about 55,000 in 2025, BART will reach capacity by 2027.

The goal of the second crossing isn’t just to increase the number of people rolling across the bay during peak hours. It also has the potential to extend BART service around the clock, said board Director, Thomas Blalock.

And if the tunnel includes tracks that use a standard-gauge rail — a term denoting the international norm of 1,435 millimeters between rails — then other systems, such as Caltrain, Amtrak and bullet trains, could also use it to cross between San Francisco and Oakland. BART will evaluate that option as plans inch forward, said Ellen Smith, the agency’s manager for strategic and policy planning.

“This is the biggest thing we’re doing since we built the BART system” in the 1960s, Smith said.

Even so, the project comes with monumental challenges. Besides the complexities of engineering, transit officials will have to decide where to put the end points of the new crossing, which could spawn new neighborhoods on either side of the bay.

“It’s a game-changer for the next hundred years,” said General Manager Grace Crunican, who nonetheless hesitated to champion the second tube as the most significant expansion in BART’s history.

The board will revisit plans for a second transbay tube in June, when it votes on a firm to study the proposal.