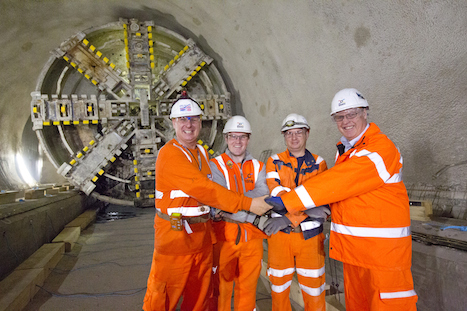 BBMV, a JV comprising Balfour Beatty, BeMo Tunnelling, Morgan Sindall and VINCI Construction Grands Projets, which is delivering two sections of the £15bn Crossrail project, has reached a major milestone in the construction of the new Crossrail Whitechapel station, completing the SCL of the two station platform tunnels.

The completion of the SCL has allowed colleagues at Dragados Sisk JV to move two tunnelling machines through the station to commence the final tunnelling push underneath London’s East End towards Liverpool Street and Farringdon stations.

Once the tunnelling machines have completely passed through the station the team will complete the secondary lining works for handover to its sister project for platform construction.