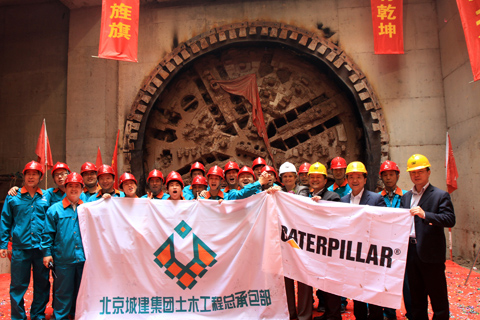 April 10, 2012, marked a milestone in the construction of the 16.45km long Metro Line 9 in Beijing, when a 6.28m diameter Cat® EPBM made a major breakthrough in a section with very difficult geological conditions.

The project owner, Beijing MTR Corporation, together with the contractor, Beijing Urban Construction Group (BUCG), held a celebration ceremony at the construction site together with managers from Caterpillar Tunneling Canada Corporation (previously known as LOVAT). China’s official CCTV and other general and trade media covered the ceremony.

The construction of Lot 6 of the Beijing Metro Line 9 consists of two parallel tunnels with a total length of 1.2km each that pass underneath a lake in the western part of the capital. It is believed to be the most difficult section that the alignment has to run through due to the water-rich conglomerate containing big boulders (1.2~1.5m), which are rarely seen in other subway projects in China or anywhere else around the world. 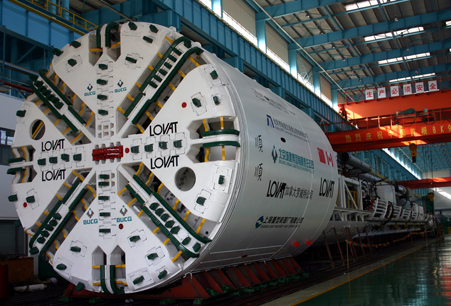 Caterpillar Tunneling Canada worked closely with its customer BUCG and supplied a 6.28m, 1200-kW EPBM specially designed to tackle such tough geological challenges. After 746 days of underground excavation, the contractor aptly nicknamed the TBM Diamond due to the long life of its ripper teeth. The system set a new performance benchmark for fracturing boulders in this complex geology.

Beijing Metro Line 9 is planned to be operational by the end of 2012.