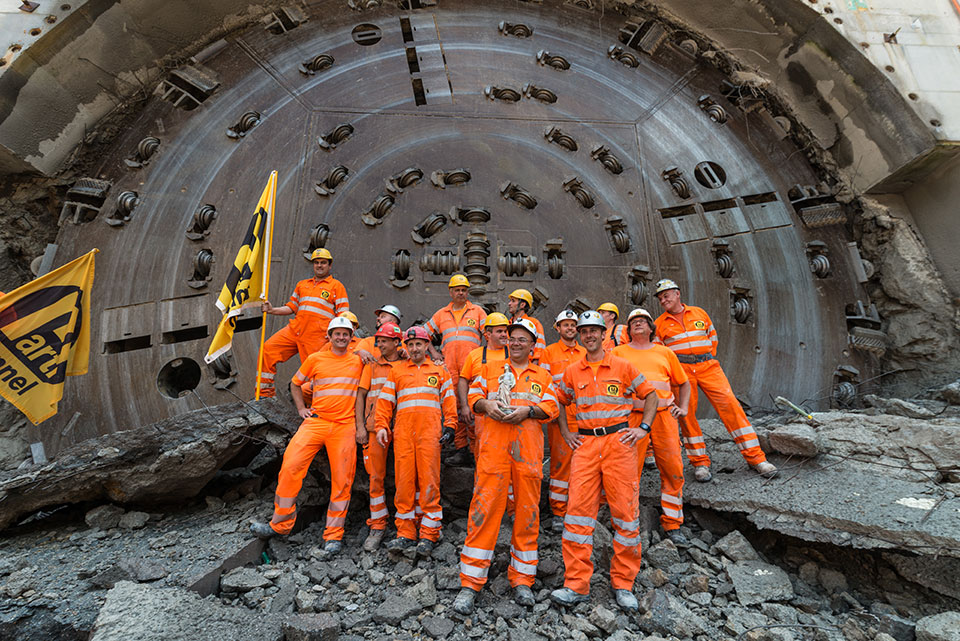 Following machine launch at the southern portal at Hägendorf (in the Canton of Solothurn) in February 2016, Marti Tunnelbau AG drove the TBM at rates of up to 90m per week through the complex and varied geology of the Belchen mountain range.

The Belchen Tunnel, being built for the Swiss Federal Roads Office FEDRO, cuts through the Jura Mountains between Basel and Lucerne and is of great importance to north-south road traffic flows via Gotthard as well as for domestic Swiss traffic. Currently some 55,000 vehicles per day pass through the existing 3.2km twin tube road tunnels on the A2. Due to increasing rock pressures, both tubes are urgently in need of repair to ensure operational safety.

The now completed rehabilitation tunnel was excavated through the mountains to the west of the two existing tubes at a distance of 40 to 116m with overburdens of up to 360m. Soft layers of rock alternated with up to 225MPa hard layers, with karstified and water-bearing transition zones. Long sections of squeezing opalinus clay and swelling gypsum keuper also had to be transversed.

Following breakthrough, site manager Sergio Massignani said: “Thanks to the comprehensive knowledge of the ground conditions from the two existing tunnel tubes, coupled with our experience and Herrenknecht’s know-how, the machine was optimally designed for the demanding requirements of the alignment of the Belchen rehabilitation tunnel.”

After completion of the final works inside the tunnel and its commissioning in 2021, the two existing tubes dating to the 1970s will be renovated one after the other so that, as before, two lanes will be available in each direction, north and south, and the traffic can flow unimpeded.