Bids in for huge Brenner contract 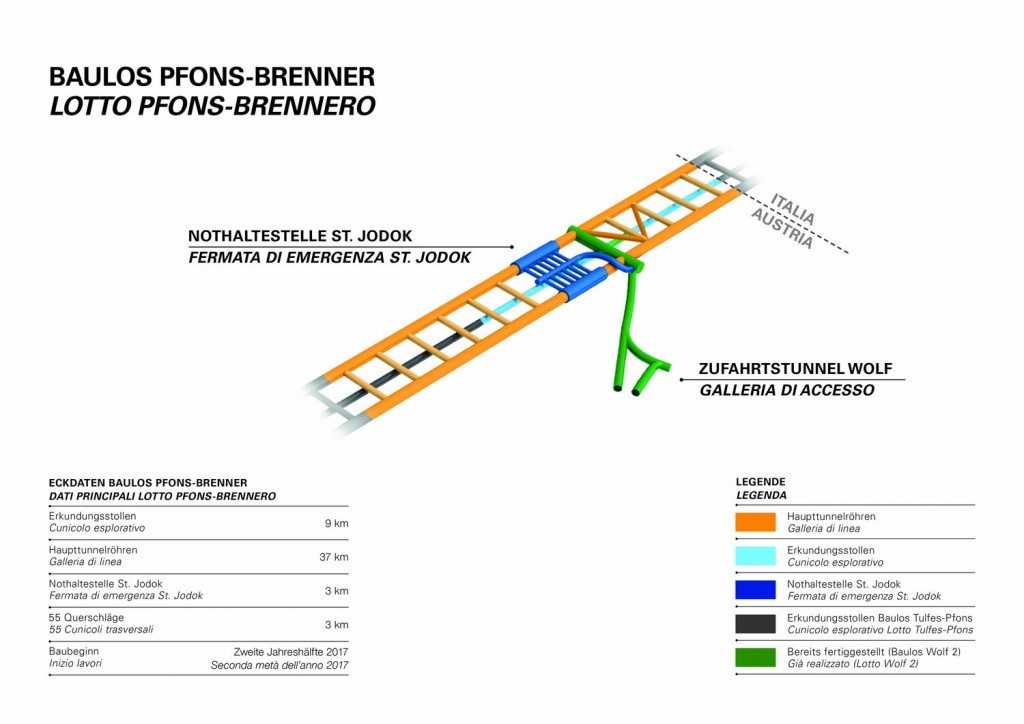 Five bids have been tendered for the largest construction lot for the Brenner Base Tunnel, Pfons-Brenner. The construction lot includes the excavation of the main tunnels between Pfons and Brenner, about 9km of exploratory tunnel and the emergency stop and the cross-over at St. Jodok. In total, about 50km of tunnel will be driven.This construction lot was tendered at a European level according to the MEAT principle and on the basis of Austrian tender law (BVergG 2006, as amended in 2016) the tenderers are:

The qualitative criteria are currently under evaluation. Once this phase is complete, the price bids will be opened during a public hearing.

The Austrian CEO of client, BBT SE, Prof. Konrad Bergmeister, considers this tender procedure as a further milestone in the construction of the Brenner Base Tunnel, since over 80% of the works for the tunnel have now been tendered. Six years ago, on April 18th 2011, Phase III – the construction phase of the tunnel – was launched.

So far 61km of tunnel have been driven, which is about a quarter of the total volume of excavations required.

The Brenner Tunnel has an overall cost of €8.8bn, 40% of which is funded by the EU and the remaining 60% by funds made available by Italy and Austria (with Italy providing €2.65bn).

The tunnel, which is scheduled to become operational in 2025, will provide a new railway link between Italy and Austria, forming part of the Helsinki-La Valletta Corridor 5. It will be the longest underground railway tunnel in the world with its 64km of length stretching from Fortezza to Innsbruck. The BBT is primarily intended for freight transportation, allowing a modal shift of traffic from road to rail.