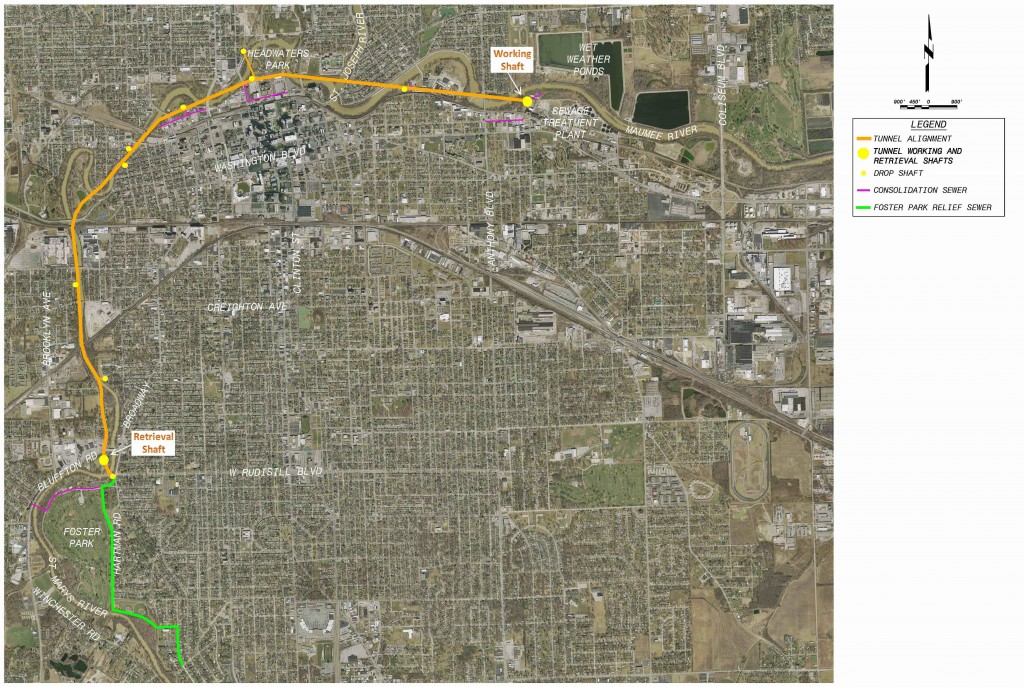 The bids will be taken under advisement with the City required to choose the lowest bid that meets the project’s specifications. The contract will be awarded within the coming weeks.

The tunnel will be constructed by TBM at an average depth of approximately 200ft through dolomitic limestone. Construction on the project could begin in late May or early June. The tunnel is expected to be completed by 2021.

The tunnel is part of Fort Wayne’s agreement with the federal government to reduce the amount of combined sewer overflow (CSO) that is currently being discharged into rivers during wet weather.