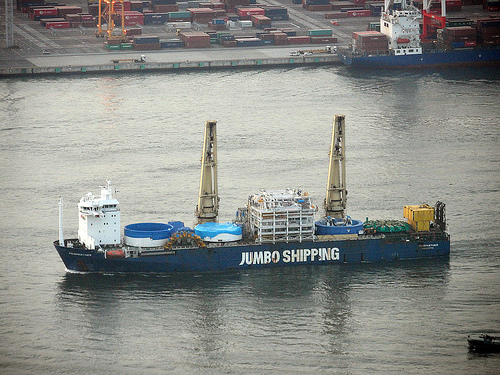 The five-story-tall machine arrived aboard the Jumbo Fairpartner in 41 pieces, the largest weighing about 900 tons. Over the next few days Seattle Tunneling Partners’ (STP JV) crews will unload the pieces and transport them a short distance to the project’s 80ft (25m) deep TBM launch pit, adjacent to Seattle’s sport stadiums, where Bertha will be reassembled for tunneling.

Testing at Hitachi Zosen’s manufacturing plant in Sakai revealed a problem with the Bertha’s main drive unit, requiring crews to make appropriate repairs to the machine before shipping from Osaka Bay on March 19. Bertha has since passed all of her tests, and will officially become the property of STP once she’s tunneled approximately 1,000ft (300m) without any issues. 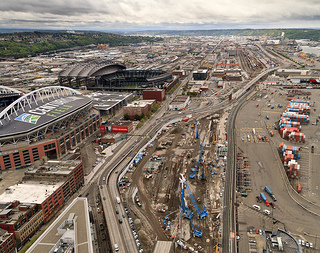 Crews in Seattle are about 80% finished with the launch pit where Bertha will start her journey and are currently preparing the surrounding site for tunneling. That work includes strengthening the soil and building protected areas along the initial section of the tunnel route so crews can perform scheduled inspections of the machine before it begins tunneling beneath the city. Work is also under way near the north end of the Battery Street Tunnel to prepare the area where Bertha will emerge at the end of tunneling.

Behaviour is the biggest barrier to BIM

Behaviour is the biggest barrier to BIM

Podcast #4: Use of standards and other common practices to manage personal/professional legal risks

Podcast #4: Use of standards and other common practices to manage personal/professional legal risks

Victoria Premier, Daniel Andrews and Minister for the Suburban Rail Loop Jacinta Allan have announced that $2.2bn has been provided…