Billy Bishop gears up for launch 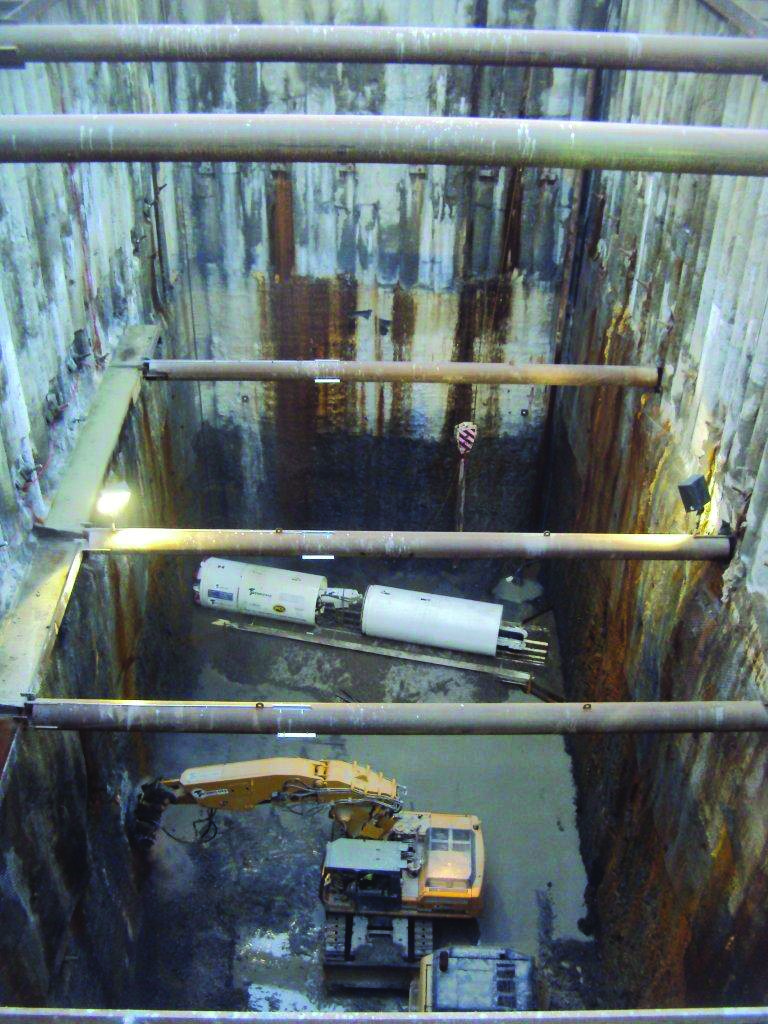 Two 1.8m diameter rock TBMs, nicknamed “Chip” and “Dale”, have arrived at the Billy Bishop Toronto City Airport (BBTCA), in Toronto, Canada. The machines, which were transported to the site in November 2012, were purpose-built by tunneling contractor Technicore to drive a series of arch support drifts for the airport’s long-anticipated 200m (656ft) pedestrian tunnel beneath the Western Channel of Toronto’s Inner Harbor. The tunnel will replace the current passenger ferry service to Toronto Island, where the airport’s runways are located.

At present, the machines are being installed within the project’s 33m by 13m (108ft by 42ft) mainland shaft, which has reached a depth of 25m (82ft), to advance the initial stage of tunnel construction. The geology beneath Lake Ontario’s Western Channel consists of Georgian Bay Shale, which is thinly horizontally bedded, under a high horizontal stress state, and subject to time-dependent swelling deformation. Considering these factors, the proposed tunnel construction sequence consists of advancing a series of seven horizontal TBM-driven secant bores backfilled with concrete, followed by mass excavation of the 10m (32ft) diameter shale rock tunnel underneath the resulting concrete arch.

The project, which is due to be completed in the spring of 2014, is said to be the world’s only known pedestrian walkway connecting to an airport via an underwater tunnel. It will feature four moving sidewalks that will transport pedestrians across the Western Gap in about three and a half minutes.

The tunnel will also carry city water to the Toronto Islands, replacing outdated water lines – a deal that is said to be saving taxpayers an estimated $10 million in redundant construction costs.