Each cavern will house four platforms on two levels, with a mezzanine level for pedestrian access sandwiched between. Passengers will travel to and from the platforms via a vast underground concourse, the contract for which has yet to be let.

Since March 7, 2007, nearly 1,000 employees working 24 hours a day, five days a week, have completed more than 2,400 controlled blasts – all without affecting the nearby operations of MTA Metro-North Railroad or the New York City Subway. 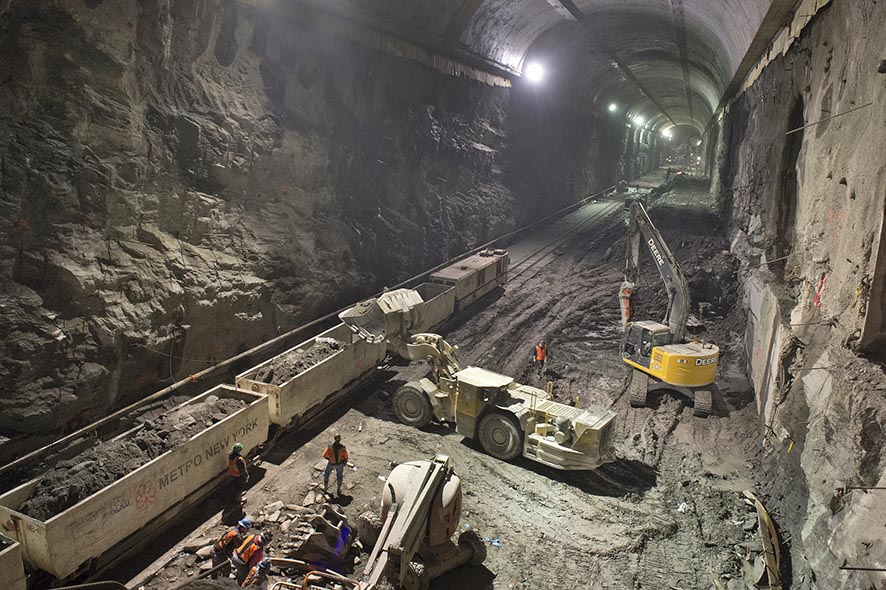 Approximately 857,000 cubic yards of rock – enough to cover the entirety of Central Park one foot deep – was excavated from the caverns and removed by train and conveyor back through the project’s Manhattan hard rock running tunnels; and the existing 63rd Street immersed tube tunnel; to Dragados-Judlau JV’s open-cut work shaft in Queens.

“This is a very significant milestone for the East Side Access project,” said Dr. Michael Horodniceanu, President of MTA Capital Construction. “The caverns are essentially now fully excavated. Much work remains to be done to build the platforms and tracks, and finish what is currently raw, cave-like space. But we now have a fully built shell in which all future work will take place.”

For a full update on East Side Access and the current progress of the caverns under Grand Central Terminal, look out for our forthcoming feature in April/May edition of North American Tunneling Journal.