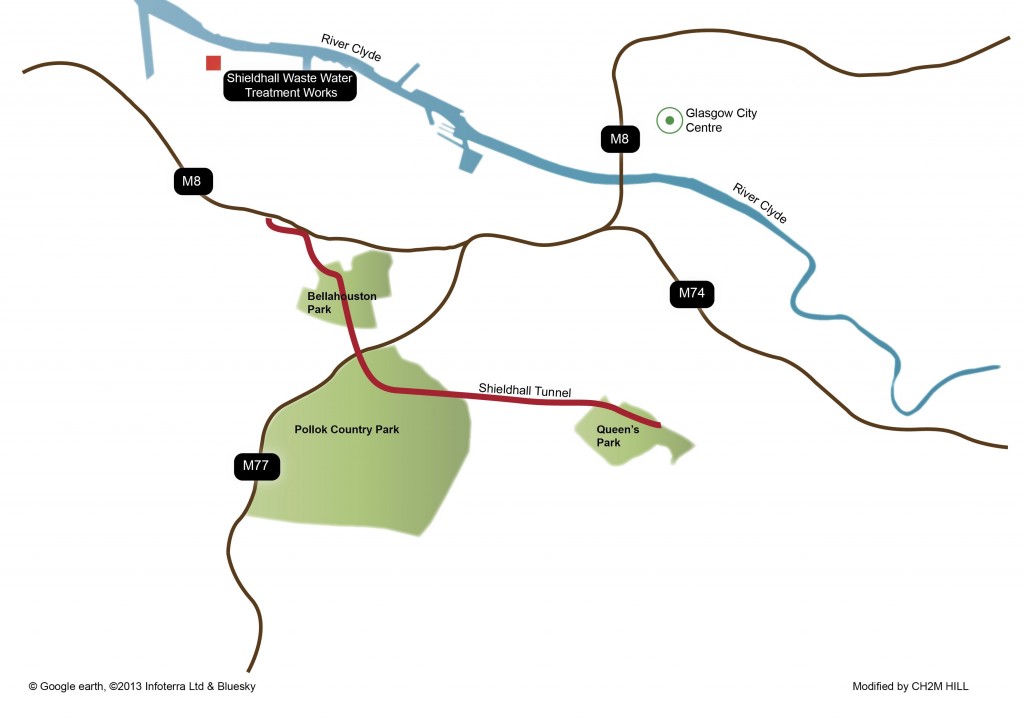 Construction of the 5km long Shieldhall Tunnel, the biggest waste water tunnel ever to be built in Scotland, has started after Roseanna Cunningham, the Cabinet Secretary for Environment, Climate Change and Land Reform launched the project’s Herrenknecht TBM in the south of Glasgow.

The machine will now begin constructing the tunnel between Craigton and Queen’s Park. The team building the Shieldhall Tunnel for Scottish Water, known as the Glasgow Tunnel Partnership, is a commercial joint venture between Costain and VINCI Construction Grands Projets called CVJV.

The £100M tunnel, which at 5km long will be five times longer than the Clyde Tunnel and at 4.7m in diameter big enough to fit a double decker bus inside, is a key part of Scottish Water’s £250M, five-year programme of work, launched in 2013, to improve river water quality and the natural environment.

The programme is the biggest investment in the Greater Glasgow area’s waste water infrastructure in more than a century.

The Shieldhall Tunnel will enable Scottish Water to improve water quality in the River Clyde and its tributaries and tackle flooding.

When completed, it will provide 90,000 cubic metres of extra storm water storage, the equivalent of 36 Olympic-sized swimming pools, and the increased capacity of the waste water network will provide better screening of overflows into rivers and reduce the risk of flooding in parts of the Mount Florida/Toryglen and Giffnock areas.

Speaking at the launch, Ms Cunningham  said: “I am delighted to have launched the tunnelling phase of the Shieldhall Tunnel project, which is the biggest project in Scottish Water’s on-going investment in the Greater Glasgow area’s waste water network. This, in turn, is the first step in a much larger investment programme to improve the area’s drainage and sewerage infrastructure which is essential to Glasgow’s economic prosperity.”

Working 24 hours a day, five days a week at a speed of about 30m per day and at depths of up to 32m, the TBM will tunnel beneath a large swathe of south-west Glasgow, including Pollok and Bellahouston parks, and is expected to complete its journey and emerge at Queen’s Park after about 13 months when the new tunnel will be connected to the existing network and the project completed by about the end of 2017.

The route of the tunnel was chosen to maximise the use of parkland and minimise disruption.

The overall project began in early 2015 and included a massive amount of preparatory work, such as mining consolidation and utility diversions.