Home > Boring due to start on Turkey’s 17.2km water tunnel

Boring due to start on Turkey’s 17.2km water tunnel 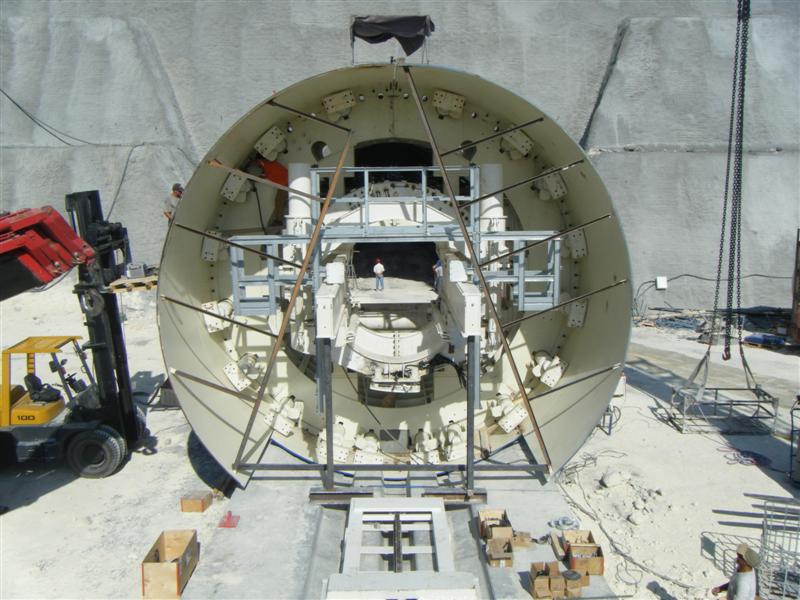 Turkish contractor, Ilci Insaat Sanayi Ve Ticaret A.S is due to begin boring a 17.2km long water tunnel this month in the rural District of Suruc, near the Syrian border, using a 7.83m diameter Seli Double Shield Universal TBM. Seli delivered the machine in June 2010, and is currently working with contractors assembling the TBM on-site. Tunnelling works are expected to take three years to complete.

The tunnel, in Southern Turkey will be bored at an altitude of approx 580m,

with an average slope of 0.49‰. The alignment runs through the Gazientep formation of the Eocene and Oligocene geological periods. This formation consists of calcareous and karsk conditions (Teog), calcareous and clayey strata (Teogt), and calcareous and clayey rock conditions with marnes (Teogm). Ground investigations revealed the near continual presence of groundwater along the whole tunnel profile. The tunnel will be lined with 30cm thick hexagonal pre-cast concrete segments

The Suruc water tunnel forms an integral part of a larger project being undertaken in the Turkish Republic, whose scope is to irrigate the regions of southeast Anatolia.

The State Agency DSI was founded in 1954 under the supervision of the Public Works Ministry, which is in charge of planning and managing the water resources in Turkey. It is divided into Regional Directorates. The Suruc project will be managed by the XV Directorate of Sanliurfa.

The main contract was signed between DSI and the general contractor, Ilci Insaat Sanayi ve Ticaret A.S, with Seli providing the TBM, auxiliary services as well as technical assistance during boring and machine maintenance.