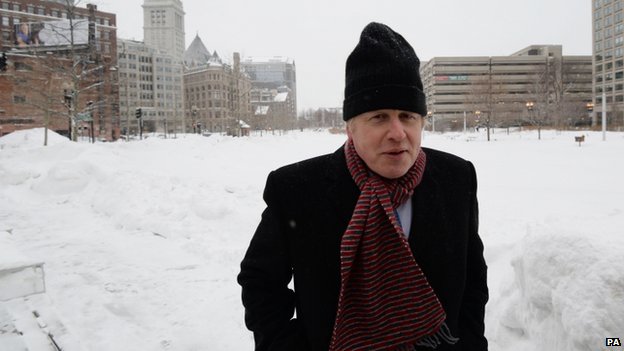 The Mayor of London, Boris Johnson, yesterday (February 8th) confirmed five locations for planned major road tunnels under the UK capital. Johnson and Transport for London have considered more than 70 locations across the capital where the introduction of tunnels, fly-unders and decking could deliver benefits.

The Mayor, who is in Boston as part of a trade mission to build economic and cultural ties with key cities in the United States, unveiled proposals to redesign a number of key road networks in order to unlock growth and make the capital a more attractive place to live and work

The news comes as the Mayor visited the Central Artery-Tunnel Project, also known as the Big Dig, which is recognised as the largest and most complex highway project undertaken in the US. It replaced Boston’s deteriorating six-lane elevated Central Artery with an eight lane state-of-the-art underground highway. This resulted in significantly reduced traffic congestion and led to substantial regeneration on the surface and surrounding areas

Yesterday the Mayor unveiled five locations which have been identified as being suitable for further feasibility work by TfL:

• A mini tunnel at the A13 in Barking Riverside – By creating a new tunnel for the A13, a huge amount of land could potentially be opened up for future development whilst reconnecting the Borough of Barking with the new Barking Riverside development, which is the location for just under 11,000 new homes

• Decking of the A3 in Tolworth – By decking over the A3, severance would be reduced and the area adjacent to the proposed Crossrail 2 station would be connected with the rest of the Borough, providing additional land for new homes

• A fly-under at the A4 in Hammersmith – By replacing the existing viaduct with a new tunnel, the town centre would be reconnected with the River Thames, creating new opportunities for development and open space

• Decking or a mini-tunnel at the A406 in New Southgate – By building over this junction on the North Circular, land would be unlocked for new homes and connect the area around the proposed Crossrail 2 station

The existing A13 layout in Barking and the proposed mini tunnel

London’s current Inner Ring Road is facing increasing pressure for change. As he previously set out in the 2050 Infrastructure Plan, the Mayor believes that a replacement ring road, in the form of an inner orbital tunnel or two cross city tunnels, could enable more efficient and reliable vehicle movement. It would also reduce congestion in central London by up to 20 percent and free up space on the surface which could support the creation of 170,000 additional jobs.

The Mayor of London, Boris Johnson, said: “Rebuilding some of our complex and aging road network underneath our city would not only provide additional capacity for traffic, but it would also unlock surface space and reduce the impact of noise and pollution. I am inspired by what the ambitious people of Boston have achieved here at the Big Dig, both in terms of reducing congestion and how they have dramatically improved the quality of life on the surface. In London we face similar challenges on our roads, but this could also be a fantastic opportunity to better shape our city and support economic growth.”

London is a rapidly growing city with a population expected to reach 10 million by the early 2030s and nearly 11.5 million by 2050. With 24 million journeys already being made by people and freight on the capital’s roads every day, radical steps are going to be needed to tackle growing congestion in the future. 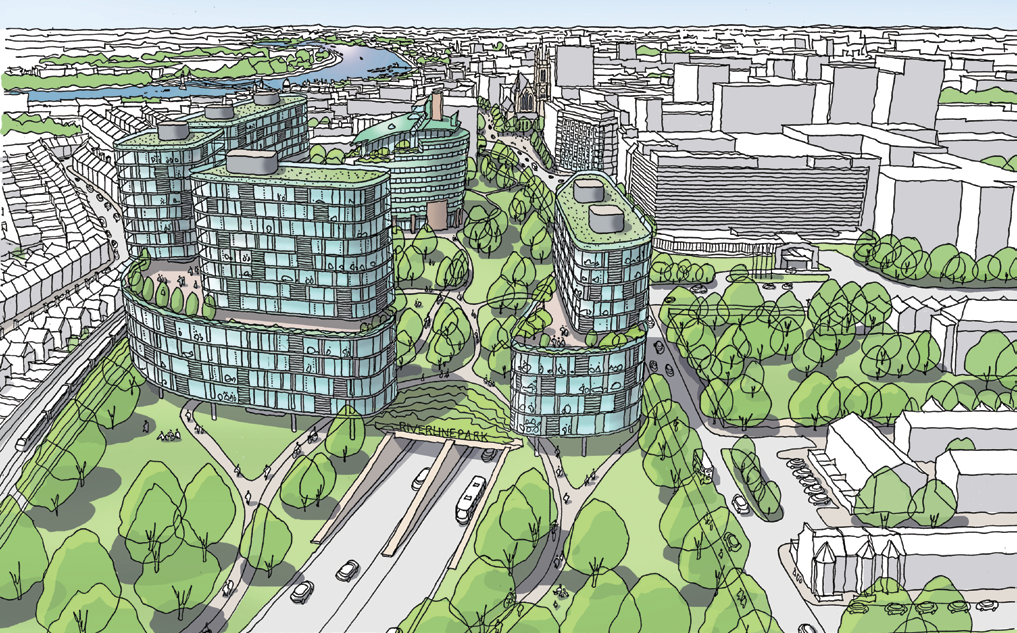 Proposed fly-under at the A4 in Hammersmith

Funding for such schemes would require new and innovative approaches that enable the positive benefits of each scheme to be captured, including the value generated from new development sites in these areas.

TfL will now work with local boroughs to progress these proposals further, including working up more detailed costs and possible funding options and an indicative programme of delivery if funding can be secured.  This further analysis will be presented to the Mayor in May.

Johnson met with Frank DePaola, Highway Administrator and Chief Operating Officer at Massachusetts Department of Transportation and was given a tour of the Rose Kennedy Greenway. The Rose Kennedy Greenway is a mile-and-a-half of contemporary parks in the heart of Boston which was made possible after the elevated highway was relocated underground. This enabled some of Boston’s oldest neighbourhoods to be reconnected by parkland.