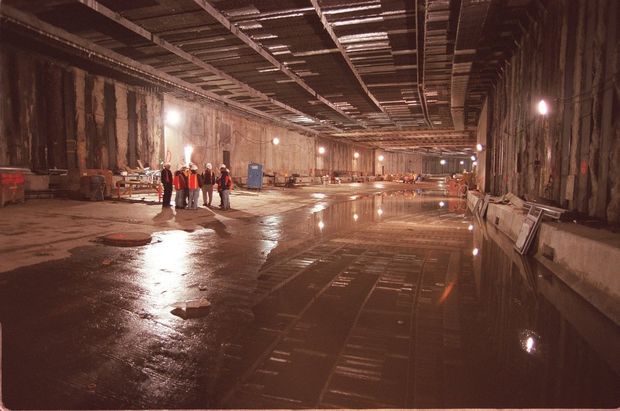 The settlement, almost half of it representing interest payments, was approved Wednesday, November 19th, with little discussion by the seven-member transportation board of directors that includes Acting Transportation Secretary Frank DePaola.

Isidoro Perez, the Deputy Administrator in the office of project controls and performance oversight in the state highway division, told the board that the settlement is the last remaining piece of litigation linked to the Central Artery/Tunnel Project.

After the meeting, board chair John Jenkins said the settlement had been “thoroughly vetted,” and the state is accepting it instead of appealing a court ruling. The alternative could have cost an estimated $115.4 million if further litigation efforts and appeals were unsuccessful.

The settlement resolves all pending claims, disputes and litigation from a 1995 contract awarded to the Perini-Kiewit-Cashman (PKC) joint venture.

The work occurred between 1995 and January 2004 and included construction of the I-93 northbound tunnel under Atlantic Avenue and between Kneeland and Congress streets, renovation and expansion of South Station to accommodate the MBTA’s Silver Line, and construction of 1,500 feet of a “transitway tunnel box” for the Silver Line.

The litigation started in 1999, stemming from PKC’s “claims for alleged increased costs arising from differing site conditions, changes and other causes of delay,” according to a transportation department document outlining the settlement.

PKC alleged the claims totaled over $158 million and had gone through “various stages of resolution,” including a dispute review board process, Superior Court, Appeals Court and the Supreme Judicial Court.

The transportation department described its likelihood of success on appeal as “low,” according to the staff summary.

“Continuing to litigate issues in the Superior Court and pursue appeals to the Appeals Court on adverse rulings would require expenditure of additional legal defense costs, while interest on arbitration awards would continue to accrue at approximately $410,000 a month,” the document said.

The document listing the settlement terms included no further interest due if the $88.7 million payment is made by Dec. 15, 2014; mutual releases of any and all claims, lawsuits and appeals, including release by PKC of $15.1 million in remaining claims; dismissal of all pending litigation, and the close-out of the PKC contract.

The multi-billion dollar Big Dig project moved I-93 underground and created open space along with easier access between downtown Boston and the waterfront, among other transportation infrastructure improvements.

Construction started in September 1991, and “substantial completion” of the project occurred in January 2006.