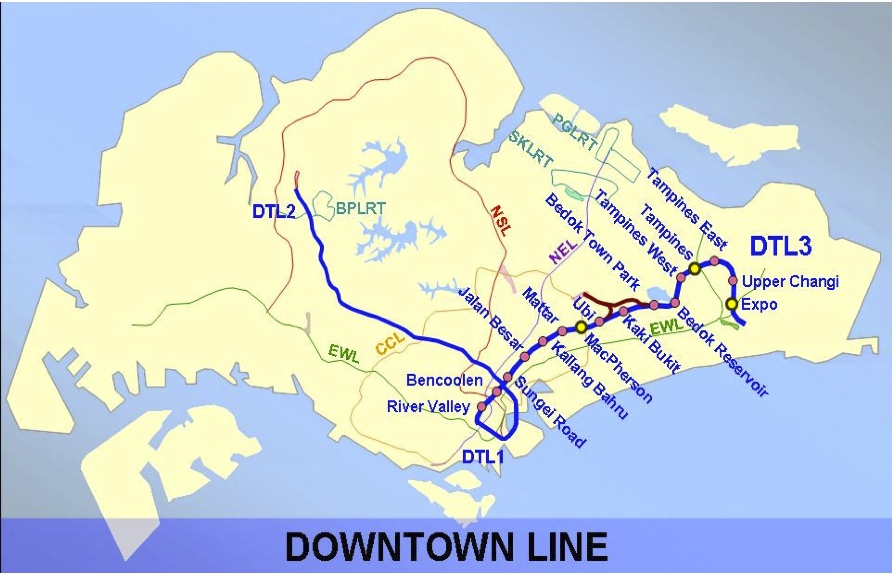 Singapore’s LTA has awarded Contract 938 Package A and B, for the 10 owner procured 6.6m – 6.8m diameter EPBMs to be used on the Downtown Line 3, with STEC scooping six, and Herrenknecht the remaining four.

The four Herrenknecht EPBMs are 3 x 6.6m diameter and 1 x 6.64m diameter, all with mixed ground cutting wheels, and will be used on Package A.

STEC, who will supply the six EPBMs for Package B, were unavailable for comment.

TJ exclusively published the list of pre-qualifiers with prices in late January for C938. These were:

The LTA’s Downtown Line 3 is a 21km long, fully underground line with 16 stations. Currently plans see up to 29 TBMs working on the tunnels, with multiple drives between the stations. The project has been split into 3 sections, CT1, CT2 and CT3. CT1 will feature four of the owner procured TBMs, and CT3 will use the other six. The remaining TBMs will be procured by the successful contractors. Award of the 18 main civils contracts is envisaged between February and August this year with tunnelling scheduled to start in mid-late 2012.