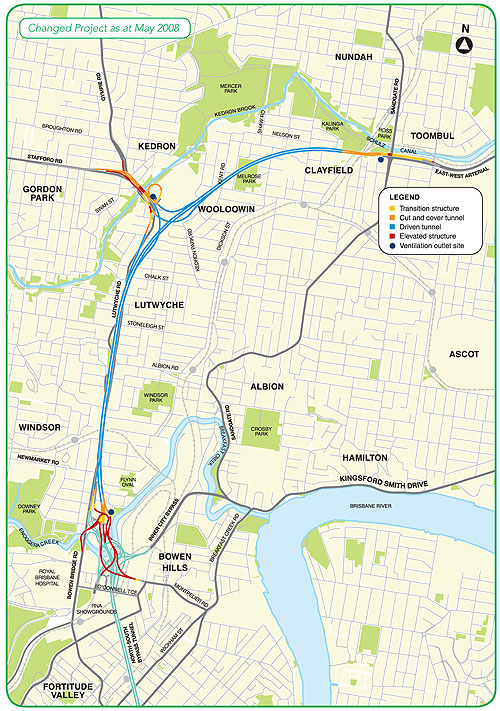 Work on Brisbane’s mega-tunnel project, the 6.7km long, A$4.1bn Airport Link, has been suspended due to the catastrophic flooding in Queensland. Tunnelling Journal learned yesterday that the tunnels were experiencing water inflows of 11 litres per second No injuries to staff or severe damage to equipment has been reported.

Leighton Holdings’ Chief Executive Officer, David Stewart said in a statement, “Staff are currently undertaking activities to protect project works and plant and equipment, however we expect that a number of offices and some sections of the project will suffer inundation over the next 24 hours.”

“To date the central part of the project, located at Kedron and Toombul, has been the main area impacted by the wet weather.

“Kedron Brook (which has been subject to flooding in recent weeks) is not expected to be affected by the combination of high tides and releases of water from Wivenhoe Dam that is currently flooding the Brisbane River, however future heavy rain in the Kedron Brook catchment area could alter this situation.

“At the Bowen Hills end of the project near Breakfast Creek and the Brisbane River, a new levee is being constructed to a height that is expected to protect tunnel works in that area.

“The project team has also removed any significant equipment from the tunnel at that part of the site as a precautionary measure,” he said.