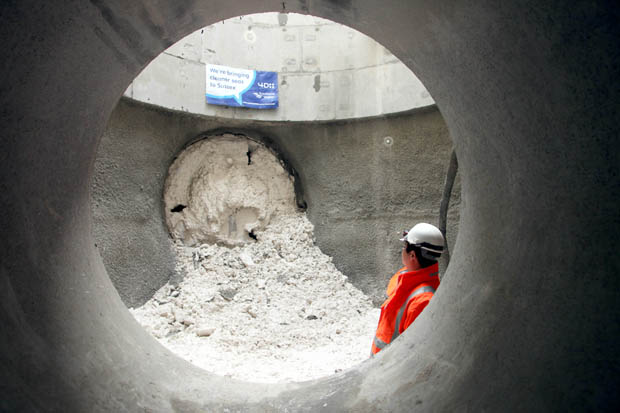 Having completed this section of tunnel, the TBM, named Hollyblue, will now be lifted out of the ground and return to Peacehaven to start on her journey to Friars Bay.

Ben Green, Southern Water’s project manager, said: “Most people who see the work we are doing on our sites above ground don’t realise the hard work that is also going on underground. This is another significant milestone for the project which once complete will bring cleaner seas to Sussex.”

The second of the two Lovat TBMs, Alice, is also currently underground where she is working her way to Portobello from Ovingdean having already completed a section between Ovingdean and Marine Drive Pumping Station.

The other remaining tunnels will be created using pipejacking.

Supplier 4Delivery began work in the summer of 2009 and the project is due for completion in 2013.