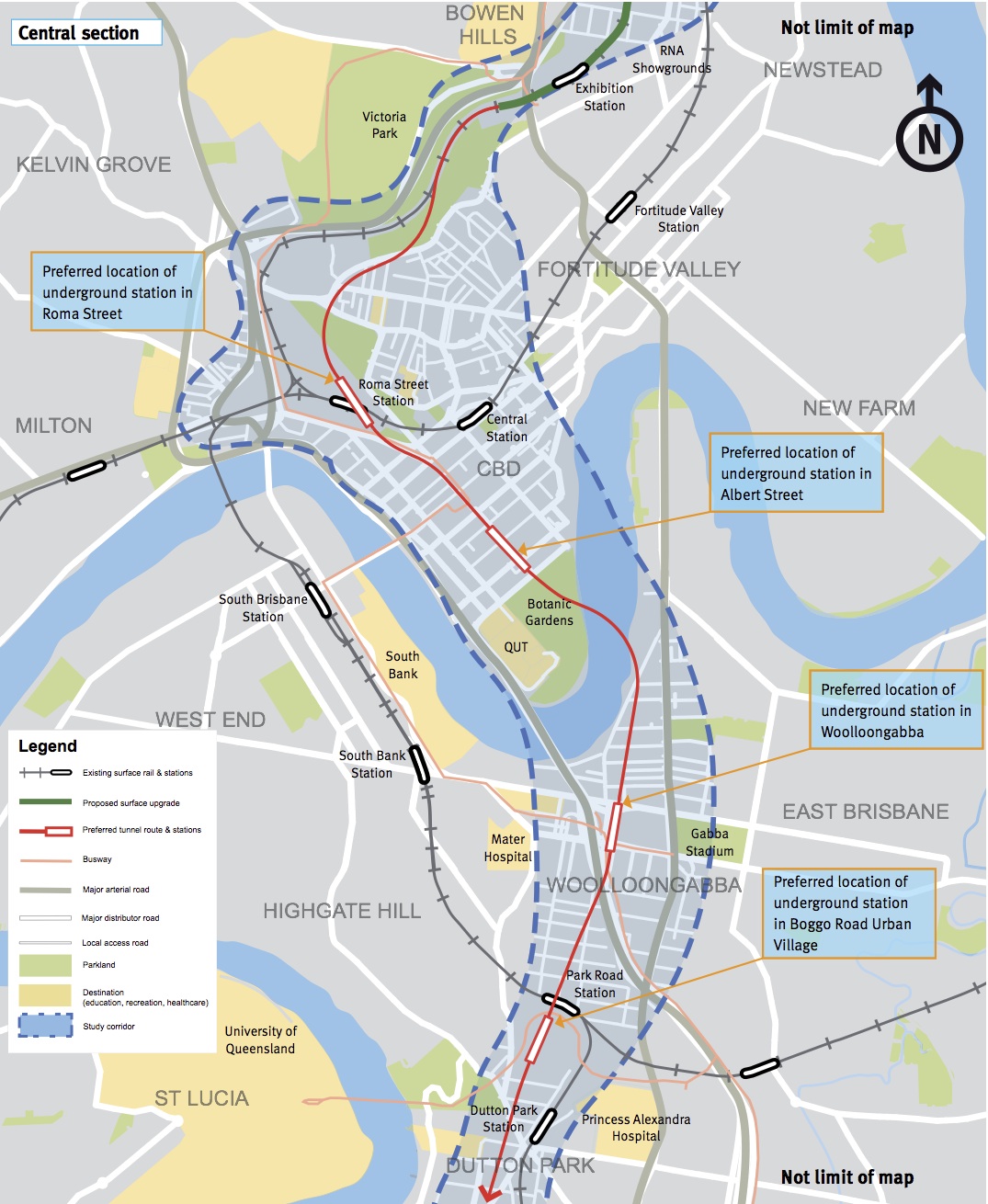 The news follows the Premier’s statement in November last year regarding the future of Brisbane’s public transport network, “we need to look outside the square and under the earth – the future of rail planning for the centre of the city is underground.”

Bligh has said the US$7.3bn cross-river rail project will be the linchpin of the entire plan, but the tunnel under the Brisbane River is still at the feasibility study phase. The feasibility, which has been funded to the tune of US$22M, includes confirmation of the study corridor and definition of the preferred route, development of a reference design, preparation of the EIS, stakeholder consultation and the business case preparation.

Currently, investigations for the development of the environmental impact statement are progressing and it is expected the EIS will be available for public review and comment in early 2011. Following this an investment decision will be given by government, after which, subject to funding, an 18-month procurement for construction phase will be entered. Finally, a four year detailed design and construction period is envisaged with project completion slated for as early as 2016.

Transport Minister Rachel Nolan said, “Given that this is a 20-year vision, and Government doesn’t have a 20-year budget cycle, this will inform Government’s funding decisions through each budget round as we progress over that period.”