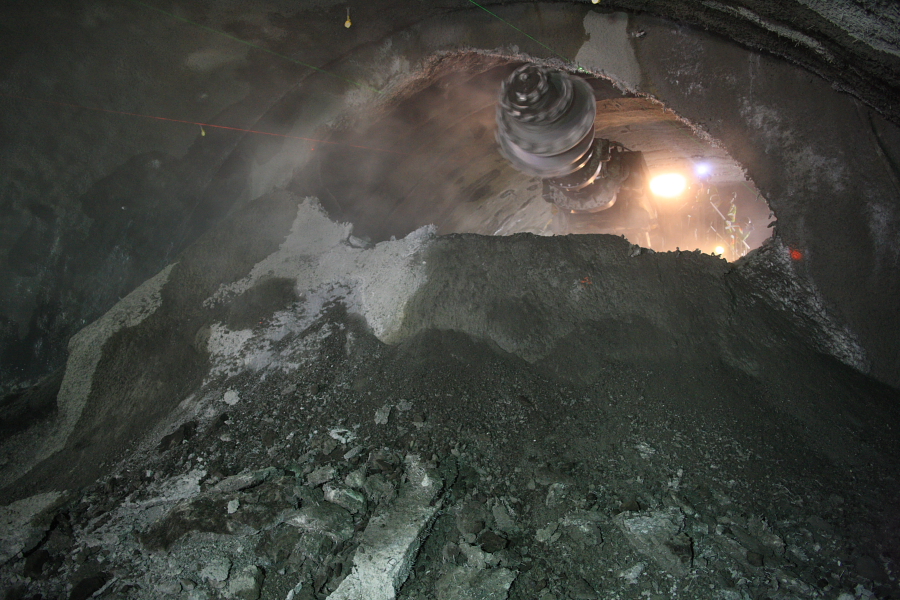 On November 30, a major milestone was met on the Fourth Bore of the Caldecott highway tunnel, when Tutor Saliba’s 130-ton Aker Wirth T3.20 roadheader holed through on the SEM/NATM tunnel’s top heading. The tunnel breakthrough is a significant accomplishment for this four-year, $391 million, project and brings the region one step closer to traffic congestion relief.

In early November, work crews on the west side began excavating the tunnel’s bench using a Caterpillar excavator, allowing teams on the east side to complete excavation of the top heading approximately 650ft (200m) from the western portal, in the Sobrante Formation (chert). Two of the project’s seven 107ft to 145ft (32.7m to 44m) long horseshoe-shaped cross passages, to the existing 3rd bore, have also been completed. Tutor Saliba’s heavy-duty roadheader will now continue excavation of the bench, traveling from west to east.

The Fourth Bore is being built by the California State Department of Transportation (Caltrans), in association with the Contra Costa Transportation Authority (CCTA) and the Alameda County Transportation Commission (ACTC), to relieve congestion on the highly-traveled Sate Route 24 highway, which passes through the Berkeley Hills, between Oakland and Orinda/Walnut Creek, at the eastern margin of the San Francisco Bay Area. 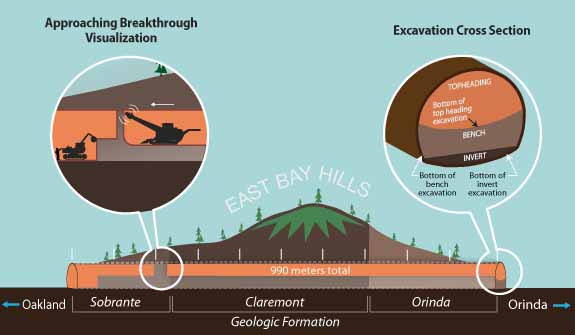 The 3,249ft (990.4m) long, twin-lane, horseshoe-shaped tunnel runs to the north of the existing three Caldecott bores and will have final excavated dimensions of approximately 49ft (15m) in width and 36ft to 40ft (11m-12m) in height. Jacobs Associates led the detailed design team for the project and construction management is being provided by a joint venture of Parsons Brinkerhoff and Gall Zeidler Consultants. Construction of the tunnel was awarded on November 10, 2009, to Tutor Saliba Corporation, of Sylmar, CA, at a bid price of $215 million.  Excavation began on the eastern side (Orinda) in August 2010 and on the western side (Oakland) in March 2011 (see NATJ, Apr/May ’11, p16). Tunneling from the West Portal in the Sobrante formation, which comprises roughly a third of the tunnel length, as well as mining of the cross passages has been subcontracted to FoxFire Constructors, of San Clemente, CA.

To date ground conditions encountered have been better than expected, with average excavation advance rates have been in the region of 50.7ft (15.46m) per working week or 9.5ft (2.91m) per day. The best five-day week saw 11 advances of 6ft (1.8m), giving a total of 65ft (19.8m), and a best day of 13ft (3.96m). Ironically, some of the slower advance rates have been in the best support category conditions, with the roadheader losing pace in harder sandstone materials. 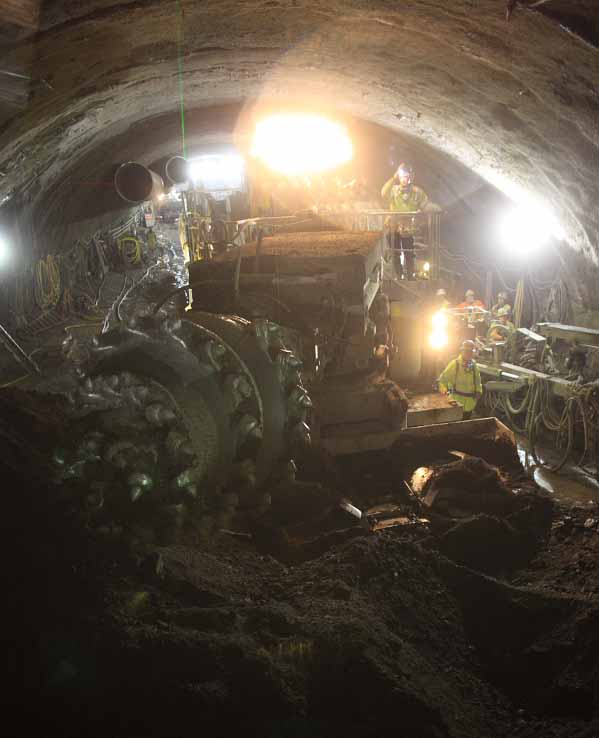 “Our work on the project has been very successful to date, with no significant technical issues and an excellent safety record,” Dr Axel Nitschke, NATM Engineer with Gall Zeidler Consultants. “This and our excellent working relationship with the contractor have helped us reach this major project milestone on schedule.”

When the fourth bore opens to traffic in late 2013, it will eliminate the need to reverse the traffic direction in the existing center bore twice a day to accommodate peak traffic flows, with dedicated westbound and eastbound traffic lanes.

“The fact that the Caldecott Fourth Bore Project is one of the largest recipients of Recovery Act funding in the nation is a true testament to the regional importance of this project,” said Steve Heminger, Executive Director of the MTC.

“With significant federal, state, regional and local support, this project serves as a prime example of how all levels of government have come together to improve California’s infrastructure,” said Acting Caltrans Director Malcolm Dougherty. 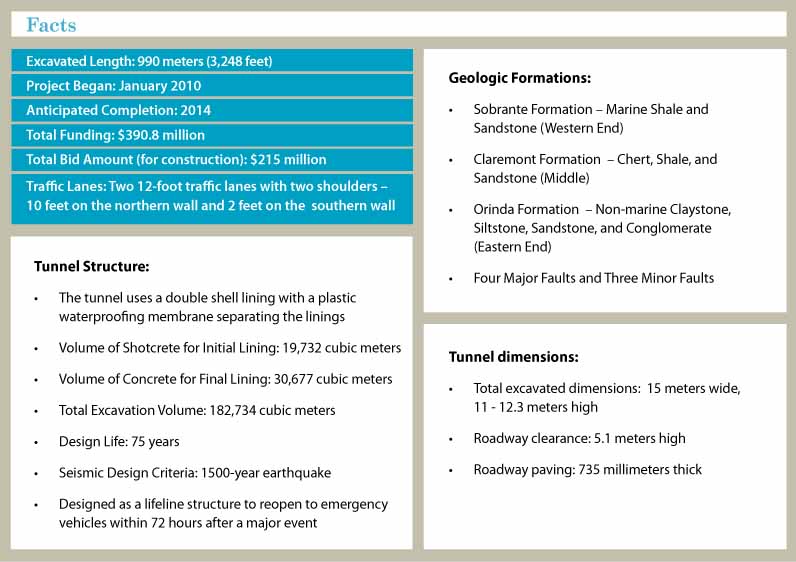