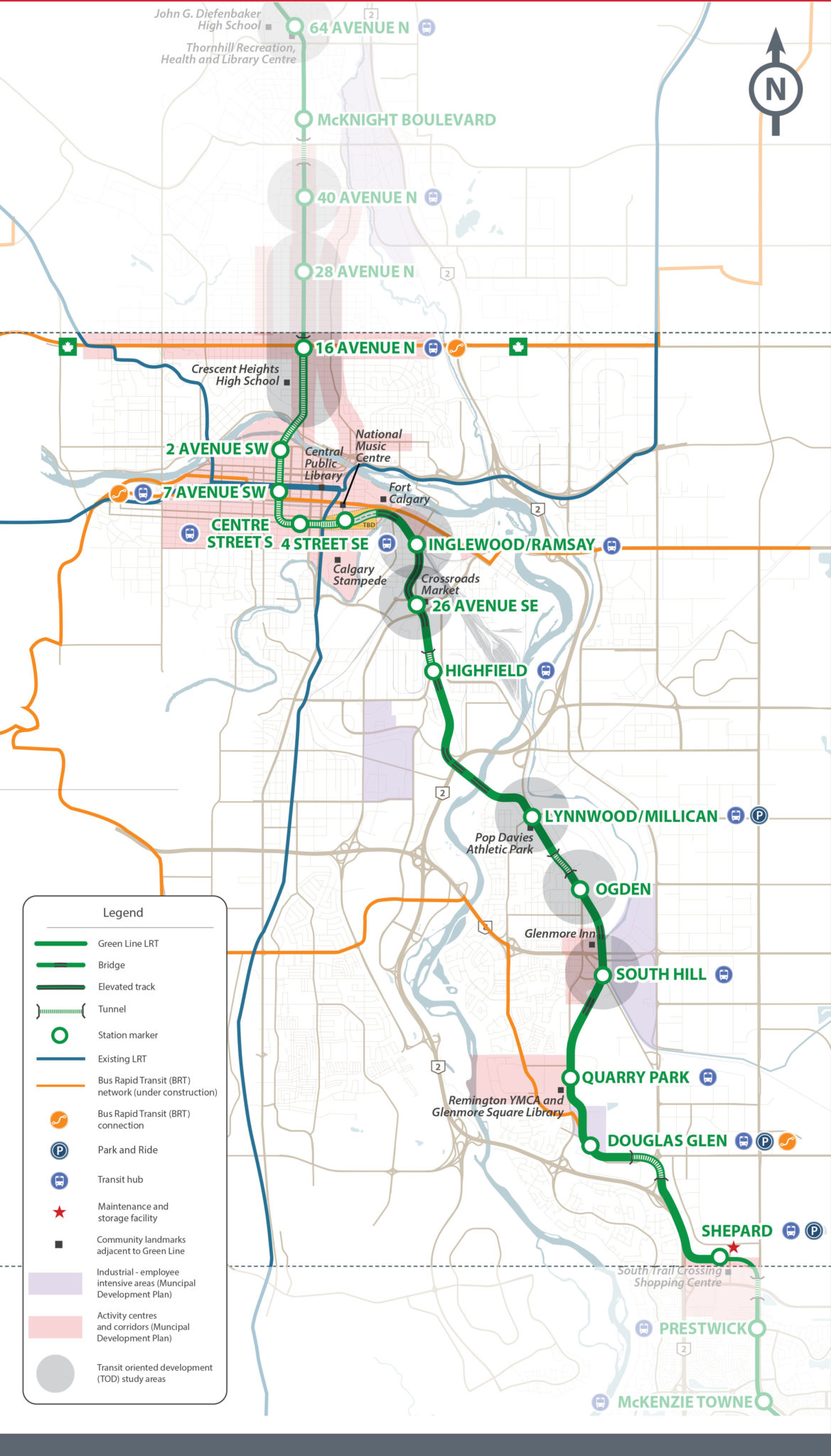 Green Line Managing Director, Paul Giannelia, outlined the benefits of a single bore option for the 4km (2.5-mile) long LRT tunnel through the city’s core, which would eliminate the need for deep open-cut stations. He said the project team has concluded that a single-bore tunnel would be the most cost-effective and user-friendly design for the route.

Giannelia said the final decision had not yet been made. The team is expected to return to the council in December with details on how the single bore option might affect access points to the four central underground stations, which will be located at 16th Avenue N., Second Avenue S.W., Seventh Avenue S.W. and Centre Street at 12th Avenue S.E. [scroll down for more…]

Funding for the first phase of the 46km (28.5-mile) long Green Line project has been fully secured. The, CA$4.65-billion, 20km (12.4-mile) long Phase 1 will extend from 16 Avenue N (Crescent Heights) to 126 Avenue S.E. (Shepard) and will be the longest segment of LRT ever constructed at one time in Calgary’s history. It includes 14 stations, three tunnels, the 4km long Centre City bored tunnel, and a LRV maintenance facility.

On March 19, 2018, the City Council approved a Design-Build-Finance (DBF) model to deliver Phase 1. A Request for Qualifications (RFQ) is due to be released in the coming months, followed by a Request for Proposals (RFP) in 2019. In the meantime, preparation works are underway, with utilities being relocated and properties being acquired.

Construction of the Green Line is projected to start in 2020 with Phase 1 scheduled to go into service in 2026.