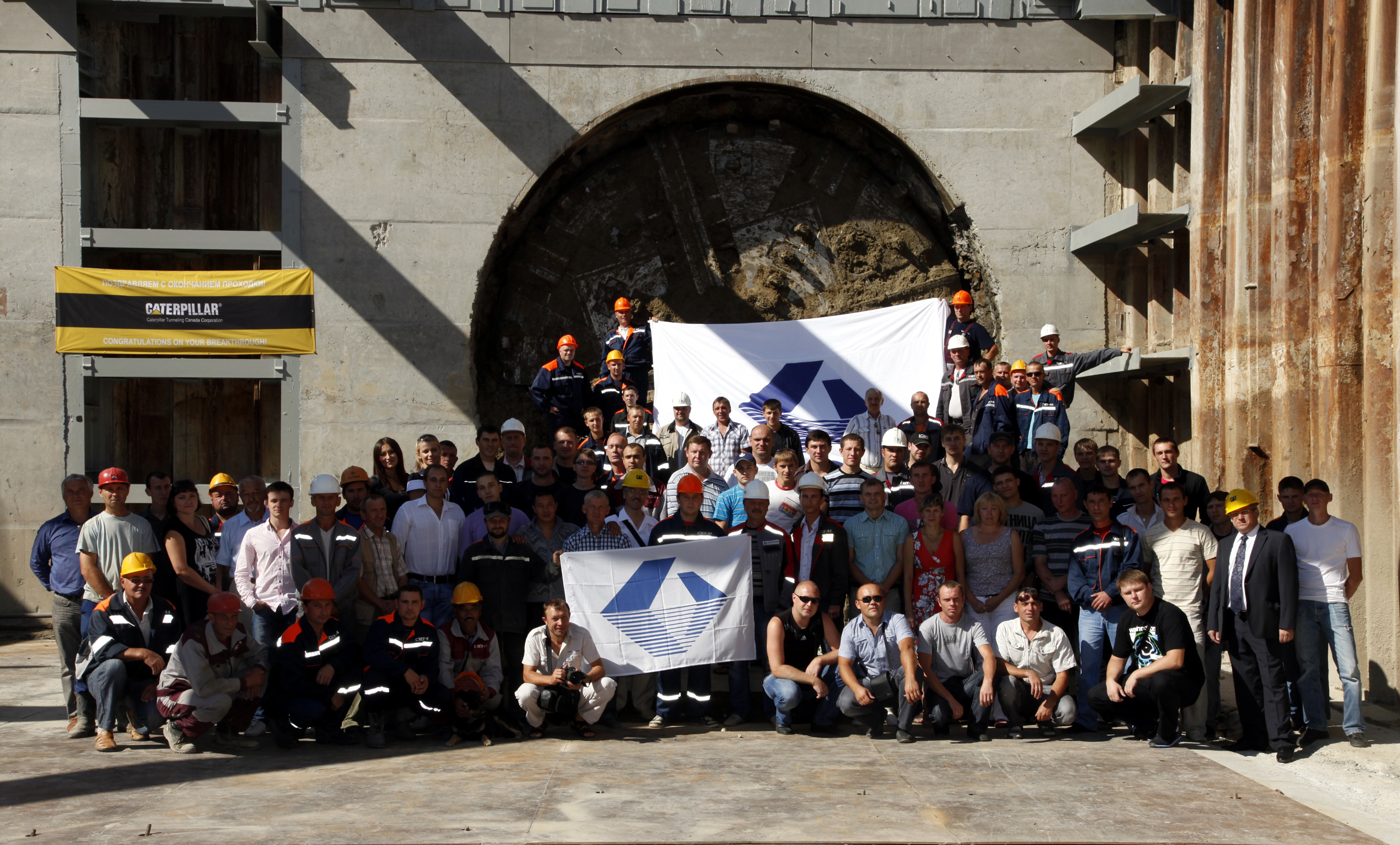 This month, Mostovik, a leading Russian underground contractor, celebrated two Caterpillar TBM breakthroughs. One for an oil transmission pipeline tunnel in Novorossiysk, by the Black Sea, and the second for a metro tunnel in the Siberian city of Omsk.

Mostovik currently owns and operates four TBMs from Caterpillar Tunneling. One of these, a 3.86m Cat RME152SE Earth Pressure Balance TBM, was used to bore a 3.2km oil transmission pipeline tunnel from Grushevaya oil depot to Sheskharis oil depot. The main geology encountered was clay, sandstone, clay stone and argillite.  The TBM was launched on February 12, 2011, advancing through 400m of overburden on Mount Markhotskiy Ridge – installing a precast concrete segmental lining with an internal diameter of 3.3m as it progressed – and achieved the hole-through on August 1, 2012. The contractor achieved a best advance distance of 15m in one day and 264m in one month.

In Omsk, a 6.05m Cat RME238SE Earth Pressure Balance TBM was used to mine a metro tunnel with total length of 1.56km. Construction of this metro system is becoming critically important to the fast growing city of Omsk. Mostovik inaugurated the TBM launch on June 28, 2011, and the machine took a bit less than 14 months to breakthrough on August 6, 2012.

The alignment runs through soft ground conditions such as clay, sandy clay and loam. The metro tunnel is lined with precast concrete segment rings of internal diameter 5.3m. Despite abundant groundwater presence and difficult alignment requirements, the Cat TBM achieved 19.6m as the best advance distance in one day and 180m as the best two weeks performance. Mostovik is planning to launch the TBM for the second drive of this parallel tunnel section this year. The Omsk metro is expected to be in operation by 2016.