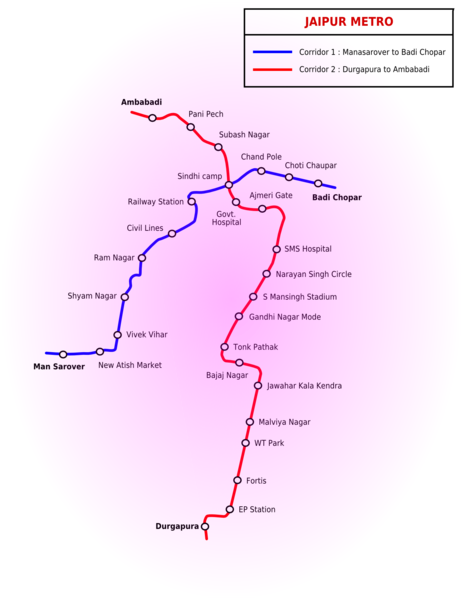 Taiwanese contractor, Continental Engineering Corporation (CEC), has been awarded a US$80M contract for the construction of the 1.5km, 5.6m diameter TBM bored twin tunnel and two underground stations from Chandpole to Badi Choupar on India’s 9.5km long Phase 1 of the Jaipur Metro. The contract was awarded by client, Jaipur Metro Rail Corporation (JMRC) under the engineering-procurement-construction (EPC) model. CEC’s bid was reportedly some US$8M under the client estimate.

Indian media reported Chief Managing Director, Nihalchand Goyal, as saying the JMRC completed all procedures regarding tender approval and provided a Letter of Acceptance to CEC on Monday night.

Local contractor L&T and China’s STEC were beaten to the contract after they put in price reported as US$88M.

The twin tunnels will be bored concurrently from Chandpole, at depths of 6m – 20m, using two EPBMs to Badi Choupar, with the two stations built using cut and cover.

Currently the first phase of the line is scheduled for completion in 2014.