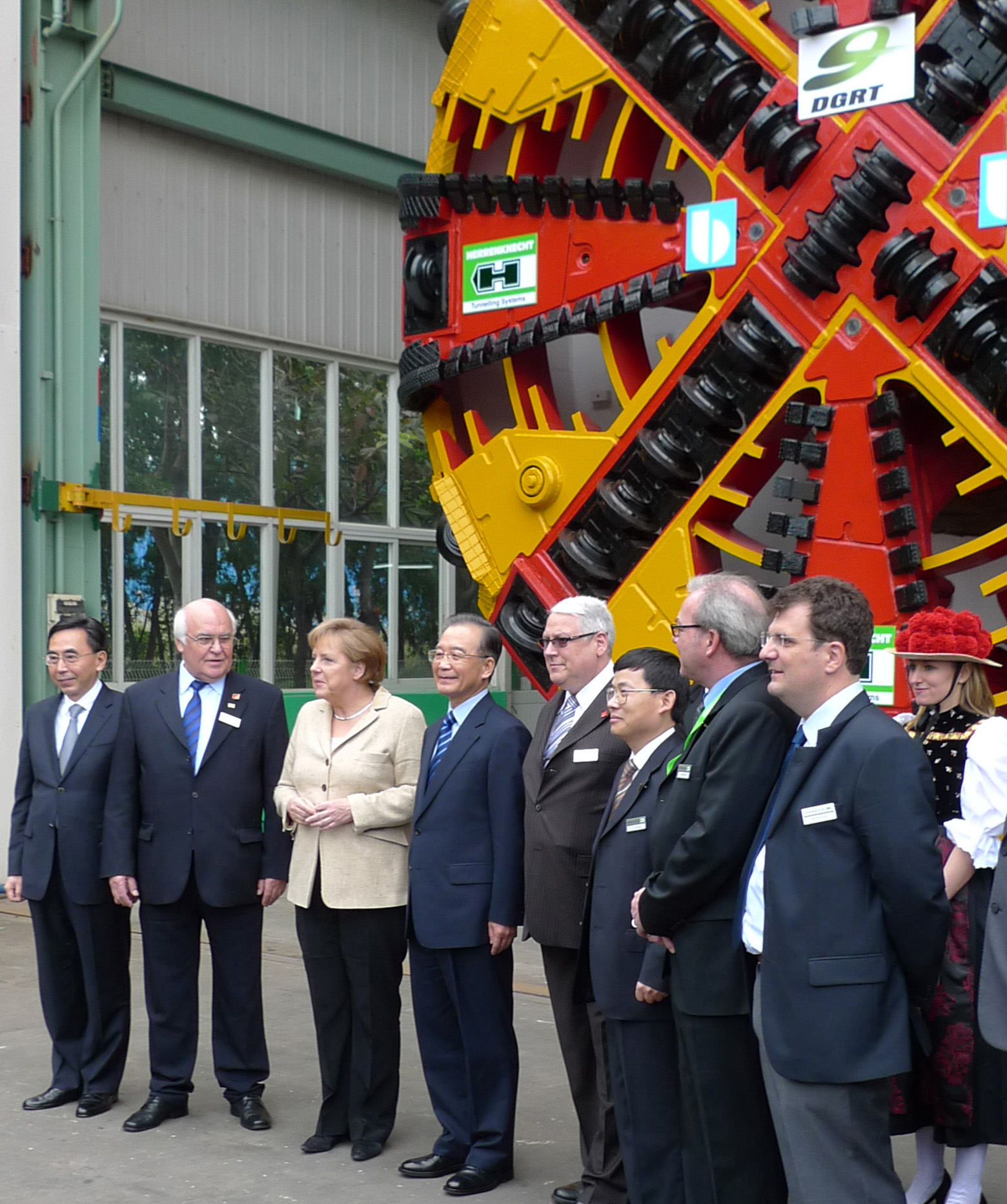 On February 3 German Federal Chancellor Dr. Angela Merkel, together with Wen Jiabao, Premier of the People’s Republic of China, visited the Herrenknecht plant in Guangzhou as part of her trip to China.Dr Martin Herrenknecht, Chairman of the Board of Management of Herrenknecht AG, presented the company to Federal Chancellor Merkel and Premier Wen, and talked about important international reference projects. In addition, he introduced a 6.95m diameter EPBM to be used on Metro Line 2 in Dongguan.

Herrenknecht has been represented on the Chinese growth market since the delivery of the first machine to the Beijing metro in 2000. Herrenknecht is generating around 20 percent of its group sales in China. Herrenknecht technology is being used in 275 projects, mostly for inner-city tunnel construction. For metro construction alone, 172 machines have been and are still being used in 18 cities.

The company maintains 9 locations in China – 6 sales and service locations as well as 3 manufacturing and assembly plants – with a total of 850 members of staff.