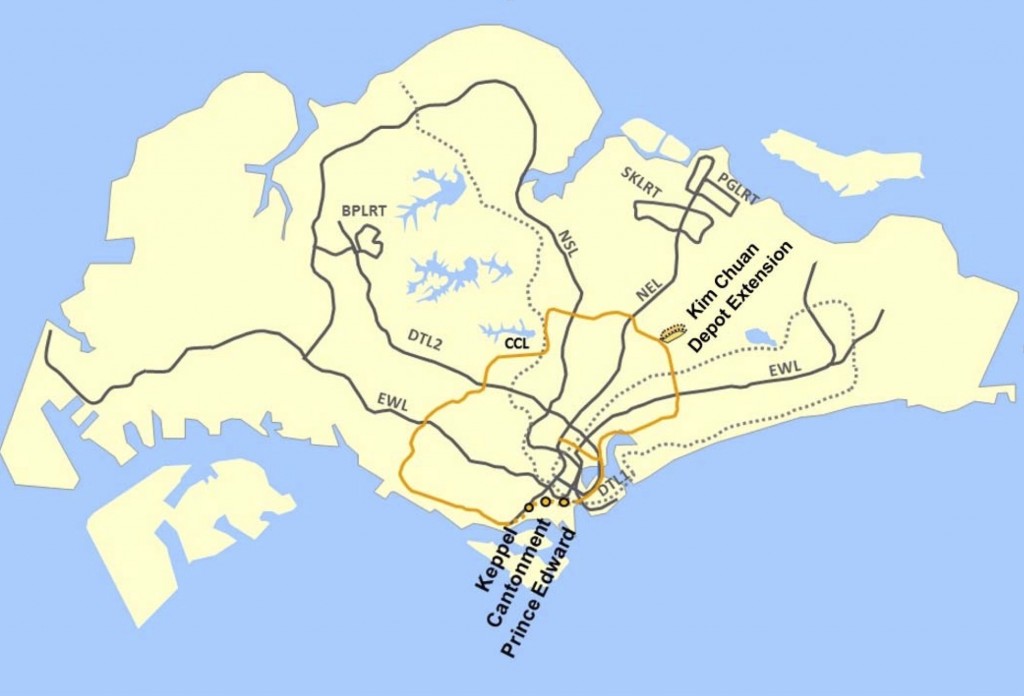 The construction of the three-level underground station at Palmer Road and twin bored tunnels linking Prince Edward Station to Cantonment Station has been awarded to China Railway Tunnel Group Co., Ltd (Singapore Branch) at a contract sum of S$310.8M.

Works on the CCL6 contract are expected to commence by end-2017 and complete by 2025.

The 4km  long CCL6 will have three stations and will close the loop for the Circle Line (CCL) by connecting HarbourFront Station to Marina Bay Station. When the CCL6 stations of Keppel, Cantonment and Prince Edward are completed around 2025, the CCL will have a total of 33 stations, including 12 interchange stations with other MRT lines. It will also expand the rail network to areas such as Spottiswoode and the southern edge of our existing CBD.

With CCL6, commuters will enjoy a direct route between areas in the west like Pasir Panjang and Kent Ridge and key employment areas in the Central Business District, as well as upcoming developments in the Marina Bay area. Commuters travelling from areas like Paya Lebar and Mountbatten will also enjoy faster access to the retail and office centres in the HarbourFront area