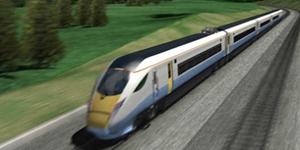 There is a good case for a high speed rail network, linking London and the major cities of the Midlands, the North and Scotland says the UK’s Commons Transport Committee. Launching High Speed Rail – the report of the inquiry into high speed rail, including the Government’s proposal for HS2 – committee chair Louise Ellman said, “A high speed rail network, beginning with a line between London and the West Midlands, would provide a step change in the capacity, quality, reliability and frequency of rail services between our major cities.”

A high speed line offers potential economic and strategic benefits which a conventional line does not, including a dramatic improvement in connectivity between our major cities, Heathrow and other airports, and the rest of Europe.

High speed rail may be a catalyst for economic growth, helping to rebalance the economy and bridge the north-south divide. But the Government must do more to promote local and regional growth strategies to ensure we get maximum economic benefit from high speed rail.

High speed rail is affordable: HS2 will cost around £2bn per annum over 17 years. Construction of a high speed rail network should start with the line between London and the West Midlands, as this is where capacity needs are greatest. But we are concerned that under current plans high speed rail lines won’t reach Manchester and Leeds for more than 20 years.

The Government should also look at options to build southwards from the north and link to other lines such as the Midland Main Line. We see no reason why the Scottish Government should not begin work on a Scottish high speed line, to connect with the English network in due course.

Investment in HS2 must not lead to reduced investment in the ‘classic’ rail network. We are concerned that the Government is developing separate strategies for rail and aviation, with HS2 separate from both. We call again for the publication of a comprehensive transport strategy.

Investment in high speed rail has potential to boost growth but may have a substantial negative impact on the countryside, communities and people along the route. This must be better reflected in the business case for HS2 and future phases of the project. We would encourage the Government to follow existing transport corridors wherever possible.”

The Transport Committee sets out a series of recommendations on high speed rail: