The UK’s National Highways has awarded the MORE consortium, comprising Webuild (42.5%), FCC Construcción (42.5%) and BeMo Tunnelling UK (15%), the €1.5bn A303 Stonehenge – Main Works Contract that covers the construction of the proposed 3.3km long Stonehenge tunnel’s civil, structural, mechanical, electrical and technology components, including the TBM, along with the approach roadworks and structures and the environmental components between Amesbury and Berwick Down in southern England. Construction is to last five years. 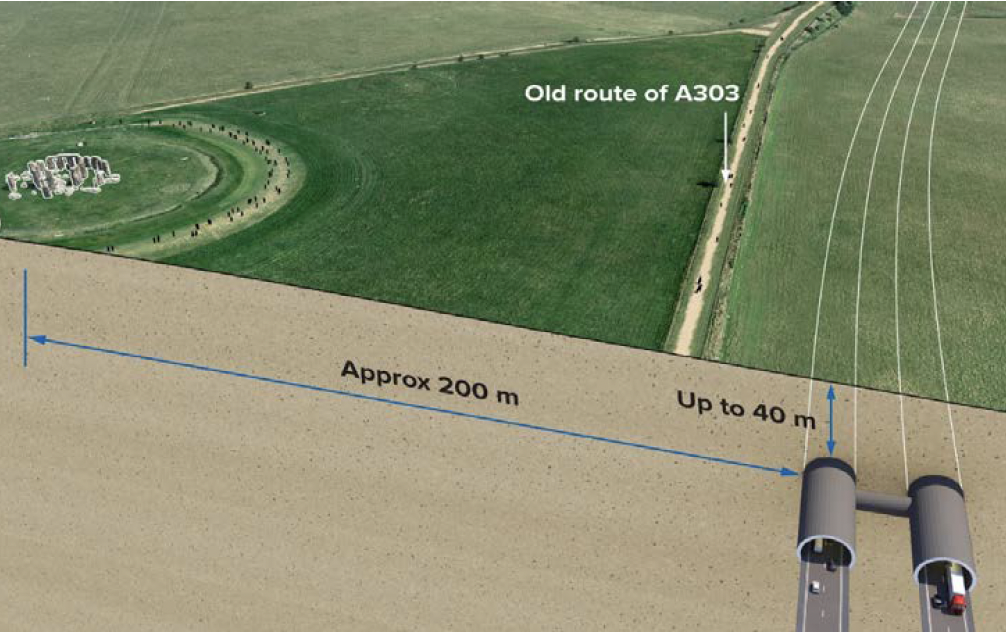 The signing of the definitive contract comes after the Group and its partners were named preferred bidders in May. It entails building a near 13km dual carriageway with the tunnel that will remove traffic that passes through the UNESCO World Heritage Site and return the landscape to something resembling its original setting. The project is to create more than 1,000 jobs.

The proposed upgrade of the A303 between Amesbury and Berwick Down includes: