Salini Impregilo and Astaldi have resumed work on the M4, the new 15km long tunnelled metro line for Milan, and, together with the city, M4 SpA and other operators involved in the project, have reported to have reintroduced all the necessary measures to protect as much as possible the health of workers as they proceed with the strategic project for the city’s sustainable mobility.

In order for the work to proceed, extraordinary safety measures have been adopted to protect the health of workers and avoid contagion. They include checking the body temperature of every worker at the start of the day and at lunchtime; the use of masks; the distribution of hand sanitisers and disinfectant gel dispensers; the enforcement of the safe distance rule; the cleaning and disinfection of work sites, dorms and common areas; and a reduction in the number of people who can travel in the same vehicle to and from the site. These measures are but a summary of what has been adopted by Salini Impregilo in Milan and other sites elsewhere in the world. The Group is also reacting to this health emergency with a task force and the mobilisation of up to 500 people worldwide. 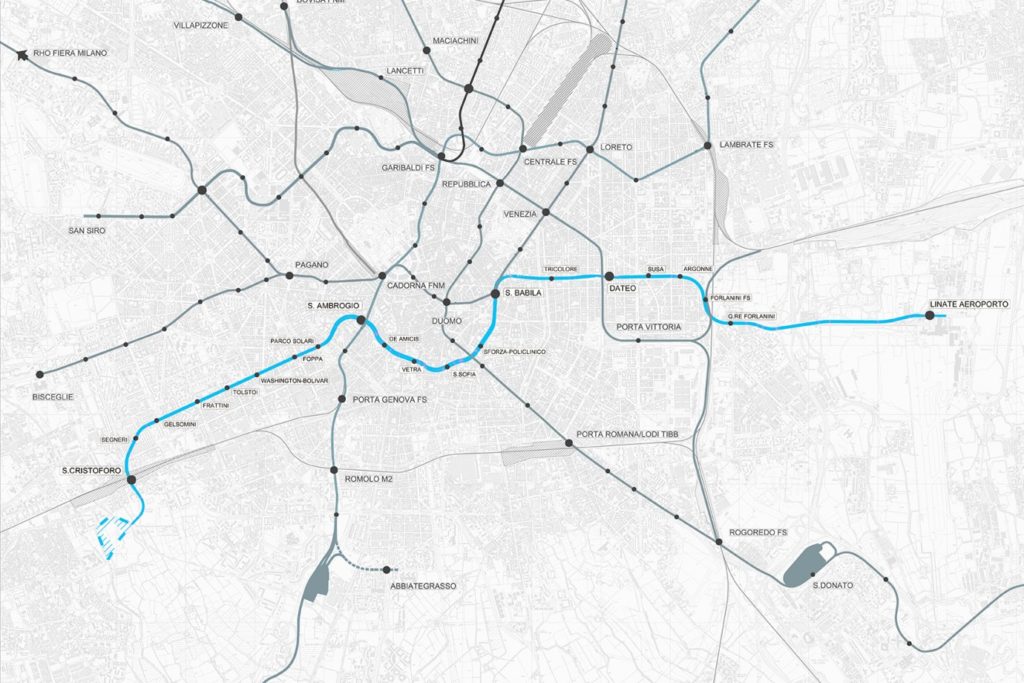 Work has started again on all three sections of the metro line – east, west and central – including preparations to start excavating with the large TBMs by next week.

The tunnels are being excavated using six Herrenknecht TBMs, two in the Central section (Tricolore-solari Park station) with a 9.15m diameter, and two with a smaller diameter of 6.36m, for the eastern section (Line-Tricolore station). The last two machines with a diameter of 6.7m, are being used in the western section (Parco Solari-San Cristoforo FS station).

At this stage, there are about 200 workers, employees and managers who, with strong team work have brought their experience to the service of the city to deliver to its residents a new metro line in the shortest time possible.

The project, also known as Line 4 and commissioned by the city, is being done by public-private concessionaire M4 in which the city and a group of private investors led by Salini Impregilo are shareholders. Their work had been interrupted due to a legislative decree (DL 25 marzo 2020 n. 19, art. 2 e 3) that was adopted on March 21 by the president of the Lombardy region at the beginning of the spread of the coronavirus (COVID-19). The legislative decree required the closure of all activities for 10 days from March 22 to April 5. Other measures remain in force such as a presidential decree from March 22 that was later extended by a decree on April 1 that allows for infrastructure work such as the construction of the M4 on condition that procedures, checks, protective gear and means of working are enforced protect the health of workers and prevent the spread of contagion.

As one of the most important sustainable mobility projects in Europe, the M4 will connect Milan’s historic centre with the city airport in 12 minutes.