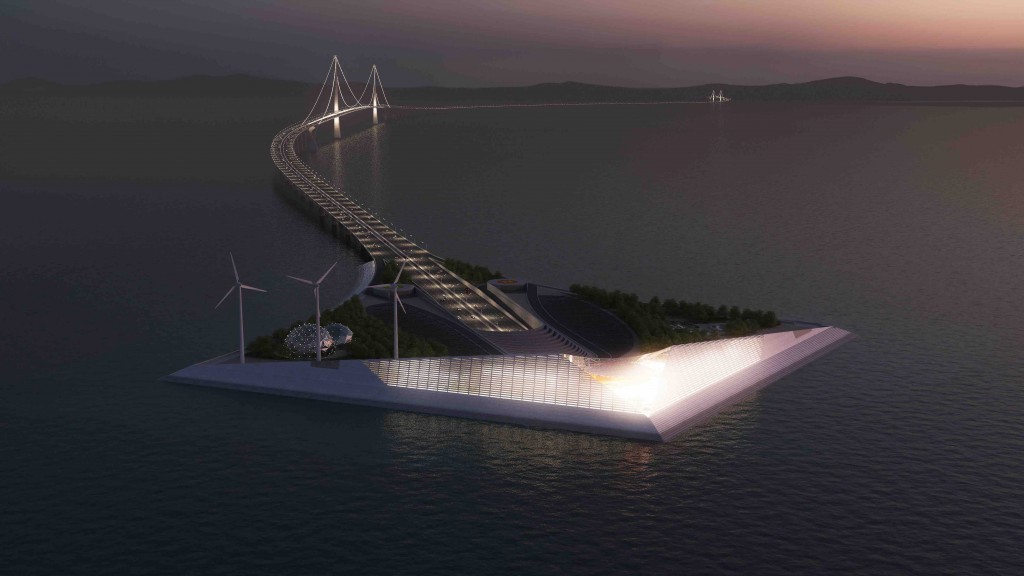 COWI A/S and Dissing+Weitling Architecture have won the design competition for a new major coast-to-coast link in Guangdong, China. The link will include the world’s widest immersed road tunnel as well as two signature suspension bridges.

The complete link will be 24km long and consist of two artificial islands, two bridges and the world’s widest immersed tunnel with eight traffic lanes in duel directions and with a capacity of 90.000 cars per day. The proposed concept is a post-tensioned segmental tunnel consisting of 31 elements in total, a typical element being 185m long and the widest being up to 70m wide. The width of the road bore varies from 19m to 38m.

The fixed link will act as a landmark for the entire region, as well as support further economic development.

The competition was initiated by The Advanced Work Office for the Shen-Zhong Link Project in September 2015 and the engineering consulting group COWI and the award winning architect DISSING+WEITLING, both based in Denmark, have now been announced the winner.

“One of our primary advantages as a team is that we have vast experience both with large suspension bridges, immersed tunnels and marine engineering,” says Lars Hauge, Regional Vice President, COWI.

Among other projects, COWI and Dissing+Weitling architecture are also the responsible for the design of the famous Danish fixed link, the 18km long crossing of the Great Belt as well as the Hong Kong – Zhuhai – Macao link currently under construction in China.

The new link will be part of this upgrade in and around Guangdong and the Pearl River Delta. Among other advantages, it will create a more direct connection between the West and the North part of the river and thereby decrease the traffic through Guangdong and support a sustainable growth.