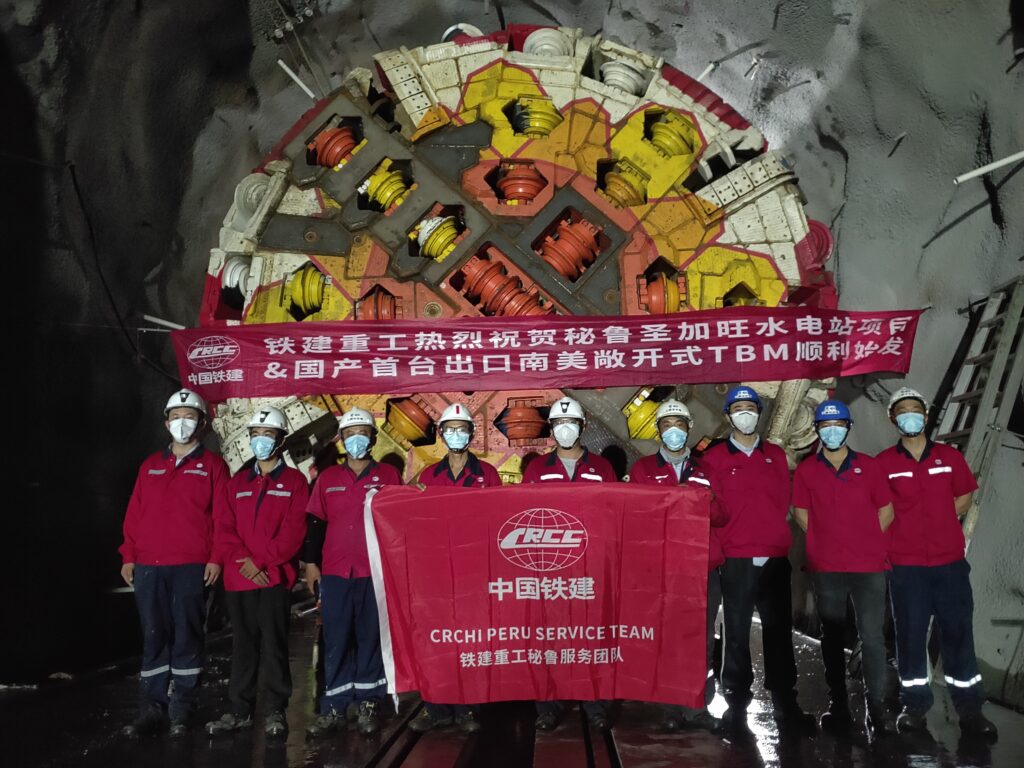 The 5.83m diameter TBM is particularly suitable for tunnelling in the geological conditions present at the San Gawang Hydropower Station which consist of rock of good stability and displaying medium-high strengths.

During TBM assembly and commissioning, the CRCHI on-site service team worked closely with the owner and the contractor resulting  in the TBM main body assembly completed, and a split launch was achieved in just 40 days. After the TBM was powered on, it took just two weeks to complete the single machine commissioning allowing the formal launch.

After completion and when in operation, it will greatly promote the optimal distribution of regional water resources and promote sustainable economic and social development in South America.