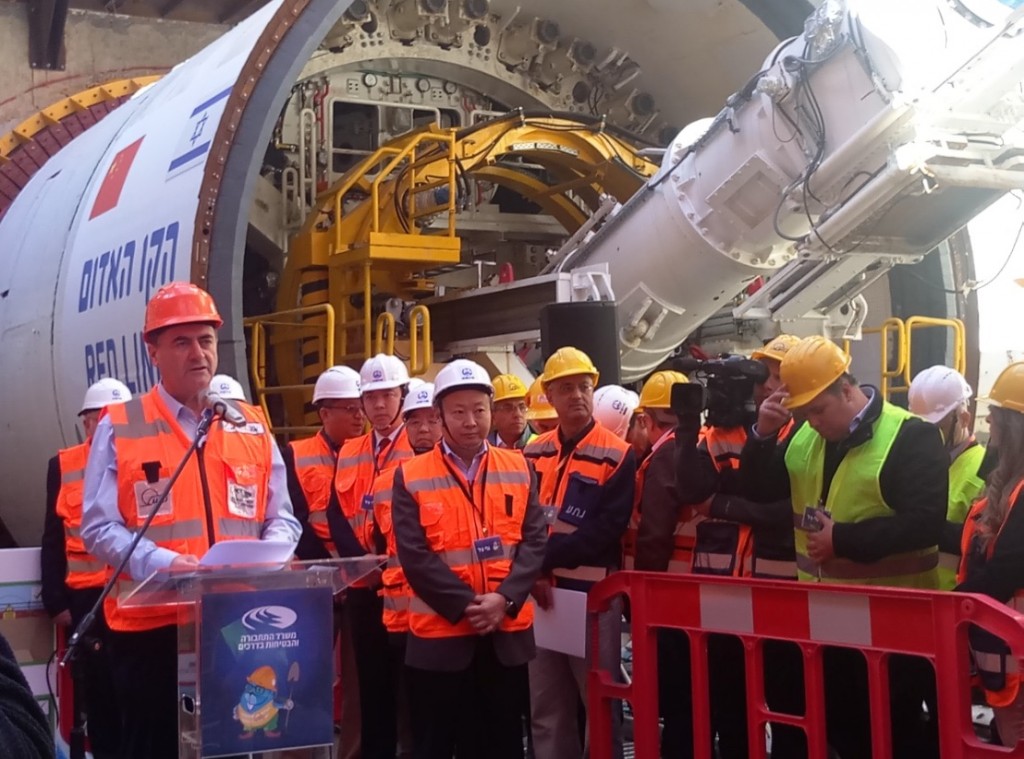 20th February saw the launch of the first of six CREG EPBMs to be used on the 23km Red Line for the Tel Aviv Metro in Israel. More than 300 guests, including Israel’s Minister of Transport and the Chinese Ambassador witnessed the event.

Tel Aviv is the second largest city in Israel. To reduce traffic congestion, Israel’s government is constructing seven light rail lines. The Red line is one of these seven, with a total length of 23km. Underground works are divided into a TBM driven section, a traditionally excavated section, and 23 stations. The six CREG EPBMs will work on the Red Line west section.

CREG’s ‘‘Golda’’ EPBM is 105m long with a diameter of 7.53m, and was launched at the Galei Gil shaft and with breakthrough scheduled at Ben Gurion station.

Along the alignment the EPBM will pass under the Aylon River by just 4m, a busy highway and five important landmark buildings. Tunnelling will be mainly through soft ground conditions of sand and clay. The TBMs main characteristics are as follows:

20th February saw the launch of the first of six CREG EPBMs to be used on the 23km Red Line...