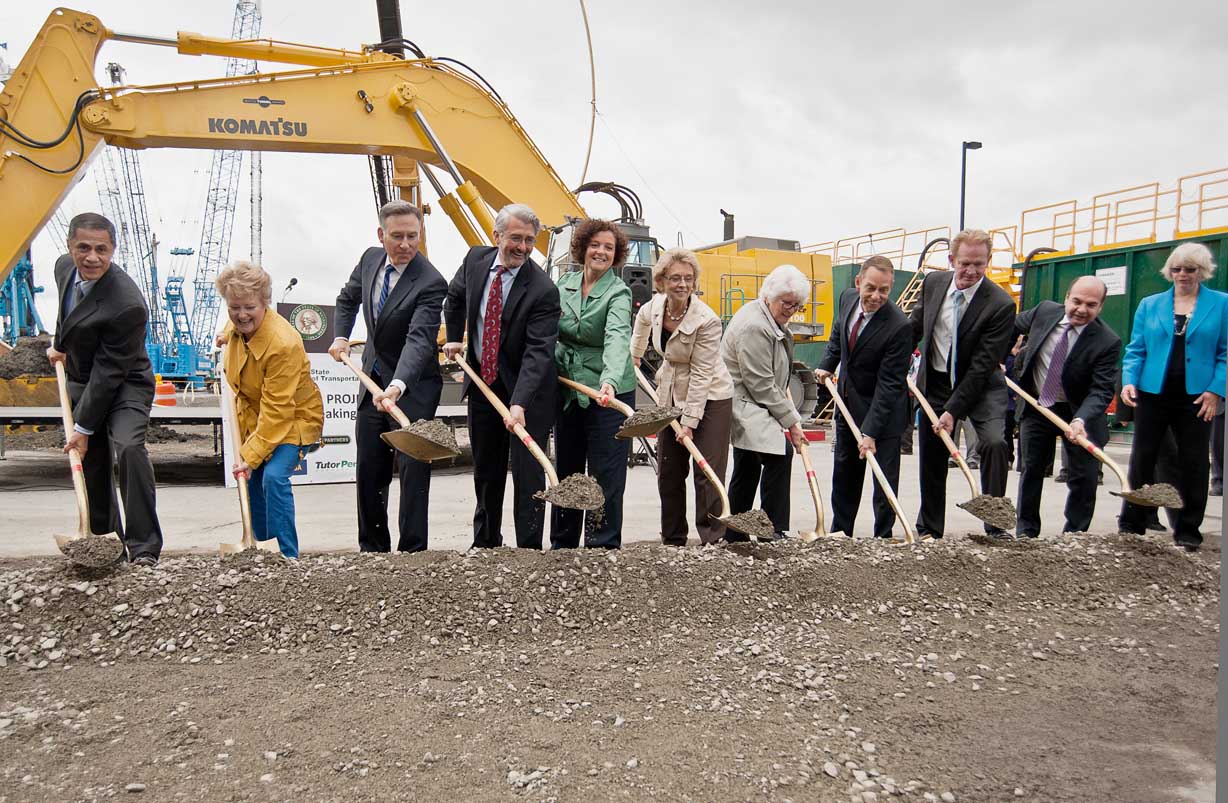 On Wednesday, June 6th, a ground breaking ceremony was held in Seattle, Washington, to mark the commencement of a massive launch pit for the SR 99 Alaskan Way Tunnel TBM.

The 58ft diameter EPBM – which is due to arrive in Seattle early next year – will be as big as one of the city’s famous ferry boats. So it’s only fitting that crews building the State Route 99 Tunnel Project have started digging a Puget Sound-sized pit where the world’s largest diameter TBM will begin its historic journey beneath downtown Seattle.

Gov. Chris Gregoire joined state, federal and local officials to remove the first shovelfuls of dirt from the tunnel boring pit in the construction area west of Seattle’s stadiums. When completed early next year, the pit will be slightly longer than a football field and about 80ft deep. “We are making continuous progress on replacing the aging Alaskan Way Viaduct and today marks a significant milestone,” Gregoire said. “I look forward to a new and revitalized waterfront and a safe new passage through downtown Seattle.” 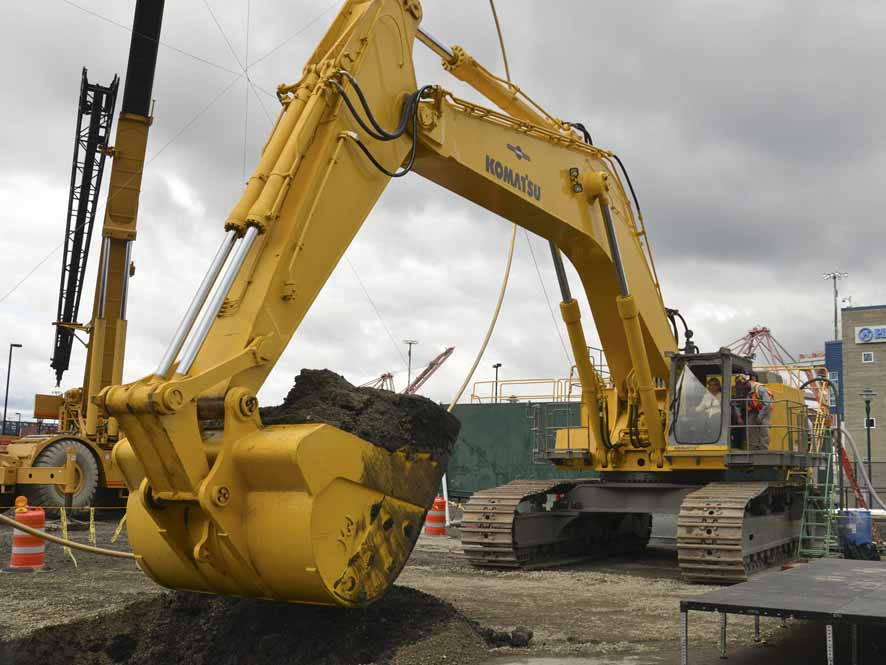 The TBM is being manufactured by Hitachi Zosen, in Osaka, Japan, and will be roughly the same size as Washington State Ferries’ largest vessel. Crews will test it later this year, then disassemble and ship it to Seattle in early 2013. It will be reassembled inside the launch pit before it starts boring the nearly two-mile-long tunnel in summer 2013.

“This project will not only have immediate benefits by creating jobs, but it will support economic growth for decades to come,” said Federal Highway Administrator Victor Mendez. The tunnel is scheduled to open to traffic in late 2015. When it opens, the remaining waterfront section of the viaduct will be demolished. “We are well on our way to delivering the SR 99 project and tunnel on time and on budget,” said Washington Transportation Secretary Paula Hammond. “We’ve assembled a top-notch team that is on the cutting edge of tunneling technology and project management. But don’t take my word for it: watch us work.”

The SR 99 tunnel project will sustain more than 3,900 jobs. Of the firms that have signed on with the state’s contractor, Seattle Tunnel Partners – including sub-contractors, consultants and suppliers – 85% are located in Washington state.

Preparing to build the SR 99 Tunnel

Excavating the launch pit is just one part of the advance work leading up to the start of tunneling next summer: