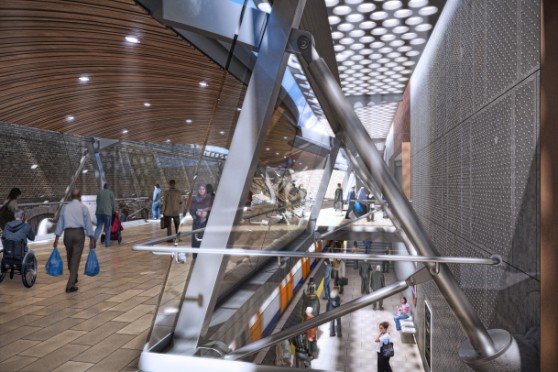 “Work is progressing along the Crossrail route ahead of tunnelling starting next spring. Manufacture of our TBMs is advancing, the first of the tunnel portals is now complete and the new Tunnelling and Underground Construction Academy has welcomed its first students.”

When Crossrail opens, Farringdon will become one of Britain’s busiest train stations served by Thameslink, Crossrail and London Underground.

At Whitechapel, the new Crossrail station will be located to the north of the existing station with a new ticket-hall providing step-free access to Crossrail, London Underground and London Overground.

On 18 February 2011, Crossrail confirmed the shortlist for C435 Farringdon station. The following organisations were invited to tender.

The shortlist for C512 Whitechapel station was announced on 18 April 2011:

On 11 July 2011, Crossrail confirmed that the contract for C405 Paddington station had been awarded to Costain Skanska JV.

The Invitation to Tender (ITT) for C502 Liverpool Street was issued in September 2011 while the ITTs for C422 Tottenham Court Road and C412 Bond Street will be issued shortly.