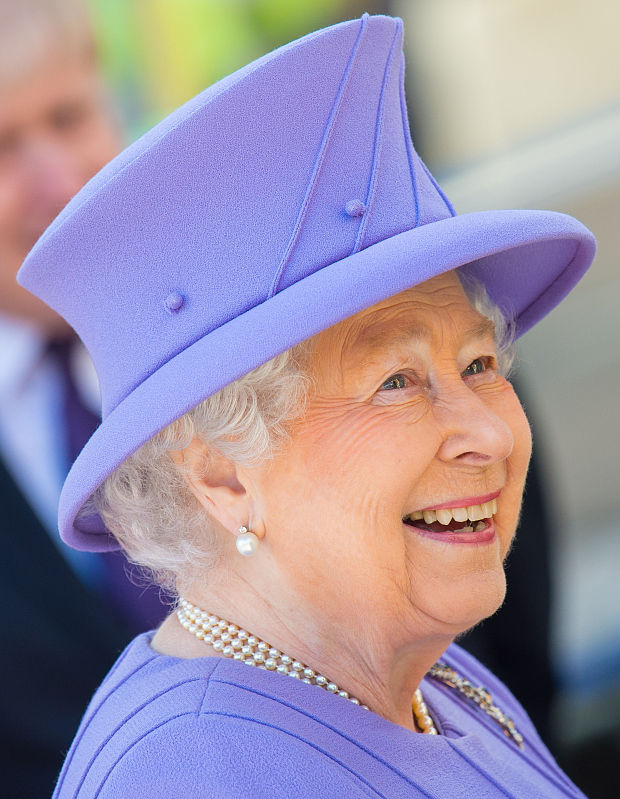 Crossrail is to be named the Elizabeth line in honour of the Queen. The name was unveiled along with the line’s purple colour theme as the Queen visited Bond Street station with London Mayor Boris Johnson and Transport Secretary Patrick McLoughlin to see construction and meet staff. The Mayor said: “Queen Elizabeth has given extraordinary service to this country over an unprecedented period and it is entirely right that she should be honoured with a living tribute that will last for centuries.”

Mr Johnson came up with the idea to call the £15 billion route after Her Majesty two years ago — but the name has been kept under wraps until now.

When it is completed the Elizabeth line is expected to carry 200 million passengers a year, running from Reading and Heathrow in the west to Shenfield and Abbey Wood in the east via central London.

The first section will be known as Crossrail when it opens next May, between Liverpool Street and Shenfield in Essex. 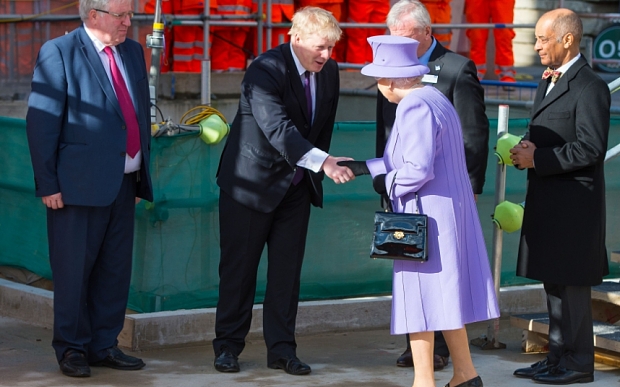 The route will officially become the Elizabeth line when trains start running through central London in December 2018, linking Paddington and Abbey Wood.

At Bond Street today the Queen viewed work being carried out on  the ticket hall, platforms and tunnels, and was presented with a commemorative “Elizabeth” roundel.

Mr McLoughlin said: “Given Her Majesty’s long association with UK transport, it is very fitting that this vital link across our capital will be named the Elizabeth Line in her honour.”

The Queen became the first reigning monarch to travel on the Tube in 1969, when she opened the Victoria line.

In 1977, the Jubilee line was officially opened by Prince Charles and marked her 25 years on the throne.

In 2013, the Queen, Duke of Edinburgh and Duchess of Cambridge, visited Baker Street station to mark the Tube’s 150th anniversary.

Work on Europe’s largest infrastructure project started in 2009 and is more than 70 per cent complete. Tunnelling is complete and the focus has shifted to fitting out the 40 stations and 26 miles of twin-bore tunnels.

When fully operational, 24 trains an hour will run in each direction on the Elizabeth line, adding 10 per cent to London’s rail capacity.

Journey times between Bond Street and Heathrow Terminals 1,2,3 will take 29 minutes — 20 minutes faster than now. Bond Street will be a mere two minutes from Paddington, down from  10 minutes.

The route is expected to bring an extra 1.5 million people within 45 minutes’ commute of London’s key employment districts, and add a projected £42 billion to the British economy. 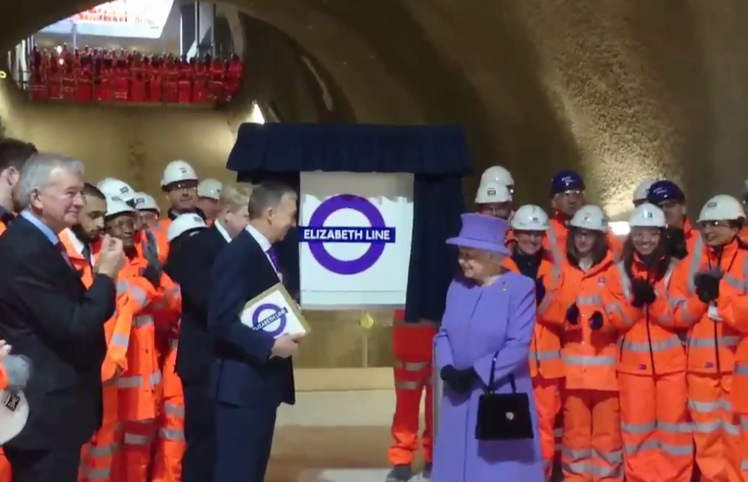 The Queen unveils a plaque marking the Elizabeth line

Mr Brown said: “The Elizabeth line will transform the way people get across our city. In running this important new railway we will ensure that it serves as a fitting tribute to Her Majesty the Queen.”

Terry Morgan, chairman of Crossrail, said: “Construction for the new railway is now over 70 per cent complete. The opening of the Elizabeth line in 2018 will be a significant moment for London.”