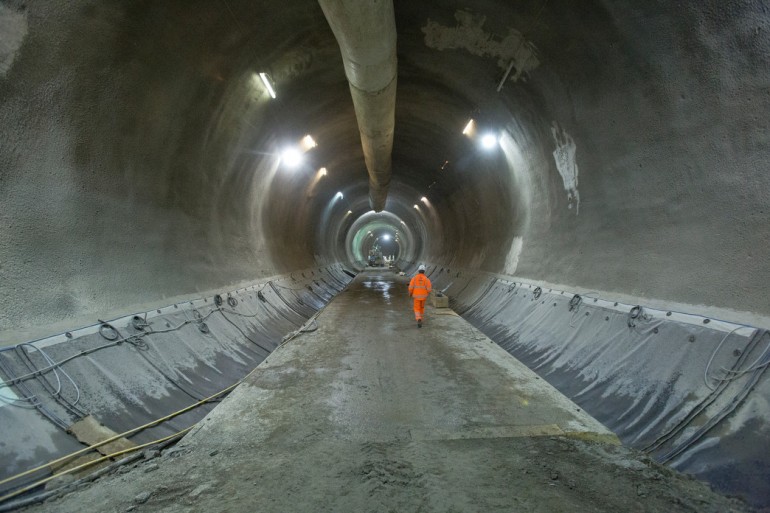 The construction of Crossrail’s new stations in central London and Docklands is now half complete, with almost three miles of platform and station tunnels created beneath the streets of the capital.

New stations at Paddington, Bond Street, Tottenham Court Road, Farringdon, Liverpool Street, Whitechapel, Canary Wharf, Custom House and Woolwich are being built. From 2018, the stations in central London will be served by 24 trains an hour in each direction at peak times.

Andrew Wolstenholme, Crossrail Chief Executive said: “Most people have no idea that more than 30 metres below their feet a warren of new station tunnels is being excavated across central London. These striking images offer a glimpse of Crossrail’s new stations that from 2018 will serve tens of thousands of passengers every day.”

Once the underground spaces are complete, the process will begin of fitting them out with platforms, escalators and the systems required to turn them into fully functioning stations. Canary Wharf, where the process of fit-out has already begun, is the most advanced of Crossrail’s new stations.