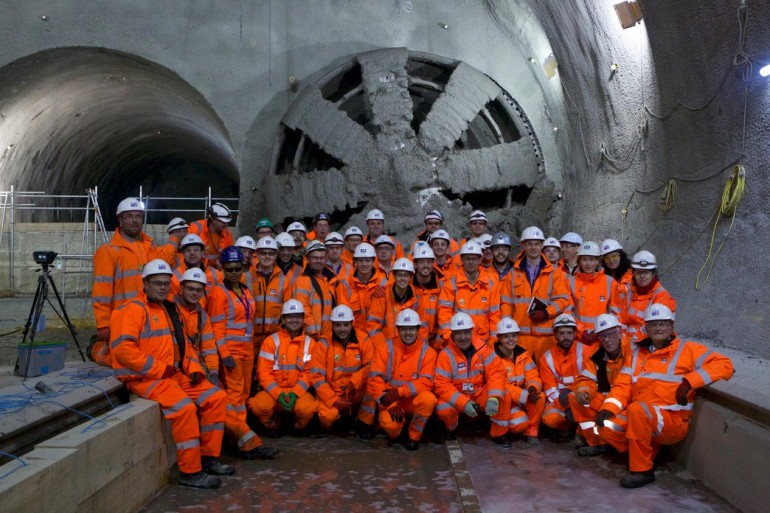 The UK’s Crossrail project has reached another important milestone with the breakthrough by Joint Venture Dragados/Sisk, which is constructing the eastern tunnels, of TBM Elizabeth into one of Europe’s largest mined caverns, 40m below Stepney Green in the East End of London.

Elizabeth, along with her sister machine Victoria, is completing the longest tunnel drive on the Crossrail project, from Limmo Peninsula near Canning Town to Farringdon, a distance of 8.3km.

Since being launched last winter, both machines have been working round the clock to create the new tunnels, passing through the new Canary Wharf Crossrail station during the summer. Tunnelling machine Elizabeth will now undergo maintenance inside Stepney Green’s westbound cavern before resuming tunnelling towards Whitechapel, Liverpool Street and Farringdon. The breakthrough is the first of four that will take place at Stepney Green. Victoria is due to breakthrough into the site in the next few weeks. 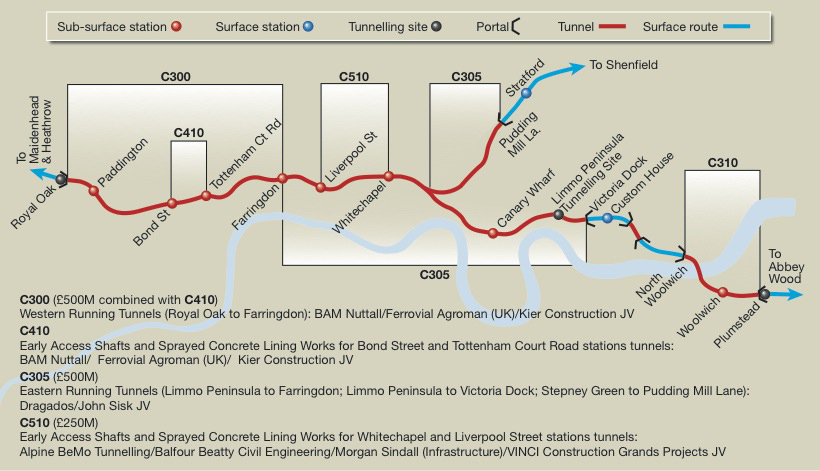 The Stepney Green caverns are some of the largest mined caverns ever built in Europe using Sprayed Concrete Lining. They are approximately 50m long, 17m wide and 15m high. Stepney Green will have a critical role to play when Crossrail opens; it is where the railway divides with the southeast spur running underground to Canary Wharf, Woolwich and then onto Abbey Wood. The northeast spur runs from Stepney Green through Pudding Mill Lane, Stratford, and then on to Shenfield in Essex.

Crossrail is Europe’s largest construction project and includes 42km of 6.2m diameter tunnels built up to 40m beneath central London and Docklands. Nearly 14 miles of tunnels, over half of the total, are now complete.

Major tunnelling is expected to be complete by the end of next year. One of the TBMs, Phyllis, has already completed her journey on from Royal Oak in west London to Farringdon in the City.

Crossrail’s construction commenced on 15 May 2009 at Canary Wharf, with tunnelling starting in May 2012. When Crossrail opens in 2018, it will increase London’s rail-based transport network capacity by 10 per cent and dramatically cut journey times across the city. Crossrail will be fully integrated as part of the TfL network providing a fast, frequent service linking the east and west and relieving congestion on some of the busiest Tube lines.