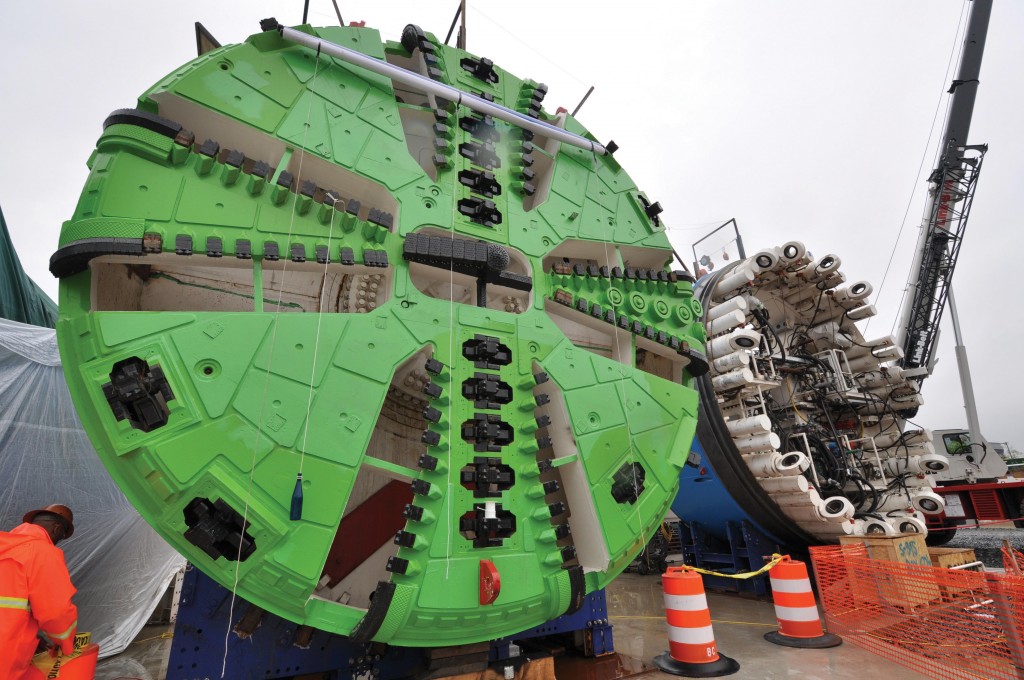 On April 14, DC Water named the third TBM in its fleet and christened her with tap water in a ceremony to bless the machine and the workers for a safe and successful underground journey. The 23ft (7m) diameter Herrenknecht TBM will be used by the Skanska/Jay Dee joint venture to mine the 2,700ft (823m) long First Street Tunnel at depths of approximately 100ft (30m) below ground to help alleviate flooding in Bloomingdale and LeDroit Park during heavy rains (see article in NATJ’s April/May digital edition).
Following its tradition of naming TBMs after women of historic importance, DC Water engaged the community to vote on the name of the First Street TBM. Lucy Diggs Slowe was the winner, besting Mary Church Terrell and Anna J Cooper, all strong candidates with the local community. Lucy Diggs Slowe (1895-1937) was a local and the First Dean of Women at Howard University in 1922. There, she established a womens campus and influenced the appointment of womens deans throughout the country. In addition, she was a decorated athlete, winning the American Tennis Associations first tournament in 1919, making her the first African-American woman to win a major sports title.