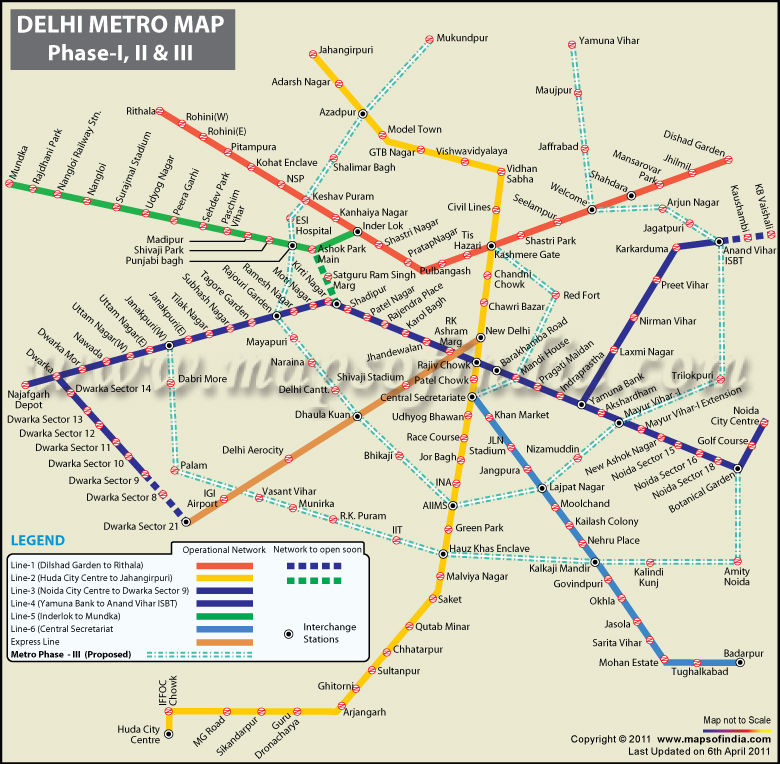 The first phase of Delhi Metro’s construction had 13.8km of underground Metro lines while the second phase had 34.9km.

Presently, tests such as geotechnical surveys, soil surveys, utility tests are being conducted by specialized agencies on all of Phase 3’s corridors. Tenders have been finalized for the construction of the Mandi House and Janpath stations on the Central Secretariat – Kashmere Gate corridor. Tenders for the rest of the line will be let subsequently (see: http://www.delhimetrorail.com/tenders_civil.aspx)