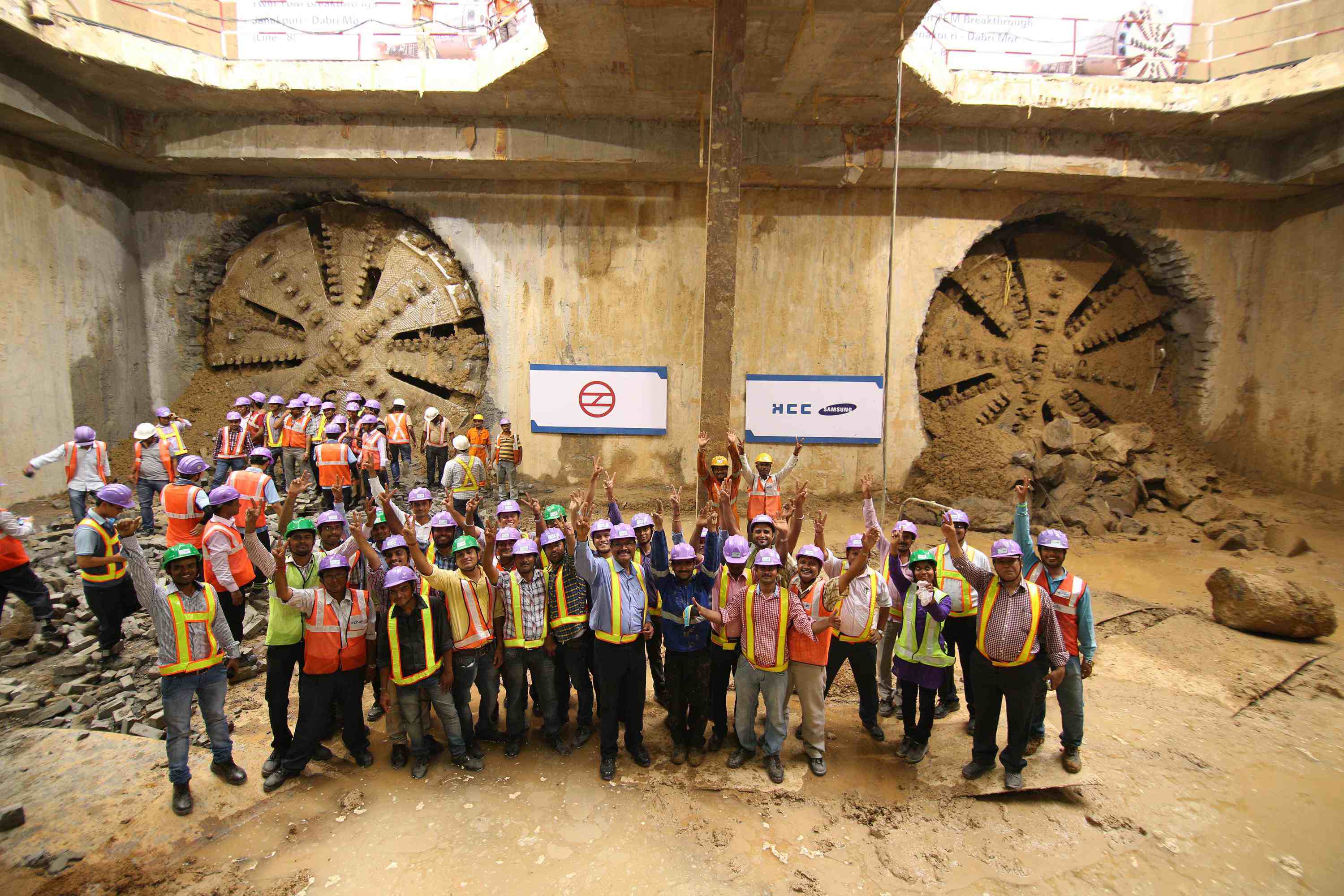 The HCC-Samsung Joint Venture, working on Delhi Metro’s Phase III expansion, has made a rare double TBM breakthrough, when “Riddhi” and “Siddhi” broke through at the same time at Dabari More Station.

This is the first double TBM break through in India and only the second in the World, the first such being recorded during work on the 8.6km Toronto-York Spadina subway extension in 2002.

HCC has deployed four TBMs for construction of the tunnels namely Riddi, Siddi, Jantar and Mantar.

Simultaneously, the second set of TBMs, Jantar and Mantar, were deployed from a shaft at Vikarpuri. They will emerge from Janakpuri West underground station, lifted and deployed from Dashrathpuri station for the second boring sequence to Palam Station.