Written by Amanda Foley on 09/12/2010 in News
Tagged:
Seattle Channel Video can be played in Flash Player 9 and up

Both bids came in just under WSDOT’s $1.09 billion price limit, but STP prevailed after winning 72 million technical credits, which were expressed as imaginary dollars for purposes of comparing the overall bid packages, resulting in a bid amount of $1.02 billion.

Many of STP’s credits came from its commitment to open the tunnel in late December 2015, a full year ahead of WSDOT’s scheduled completion date. The team will also use a 58ft (17.7m) diameter TBM, slightly larger than WSDOT had considered during planning, which will allow for wider 8ft (2.4m) shoulders each side of the tunnel roadway.

The bid prices were held in sealed envelopes during the bid evaluation process and opened during Thursday afternoon’s announcement – which was broadcast live on the internet – by WSDOT’s Alaskan Way Viaduct Replacement Program Administrator Ron Paananen. Executives from the winning team slapped backs and shook hands as the numbers were flashed on overhead screens at Sound Transit headquarters.

Following the pronouncement, Washington’s Governor Chris Gregoire won applause from construction labourers in orange vests and hardhats after saying she was going to put them to work: “Over the years we’ve discussed, we’ve debated and we’ve talked about options. Then we’ve talked about them again. We’ve written and read, dozens and dozens of pages of comments, analysis and studies. Today the work is finally coming to fruition. It is time, Ladies and Gentlemen, for the real work; the hard work, which goes beyond pen and paper, to steel and to dirt. We want a future in which our economy is strong, where goods and services flow freely. We want a future in which we, our neighbours and co-workers, can travel safely along a better highway and visit an improved waterfront. Today we are closer to that future. Let’s continue our progress. Let’s move Washington forward. Let’s move the great city of Seattle forward… Ladies and Gentlemen, let’s get her built!” 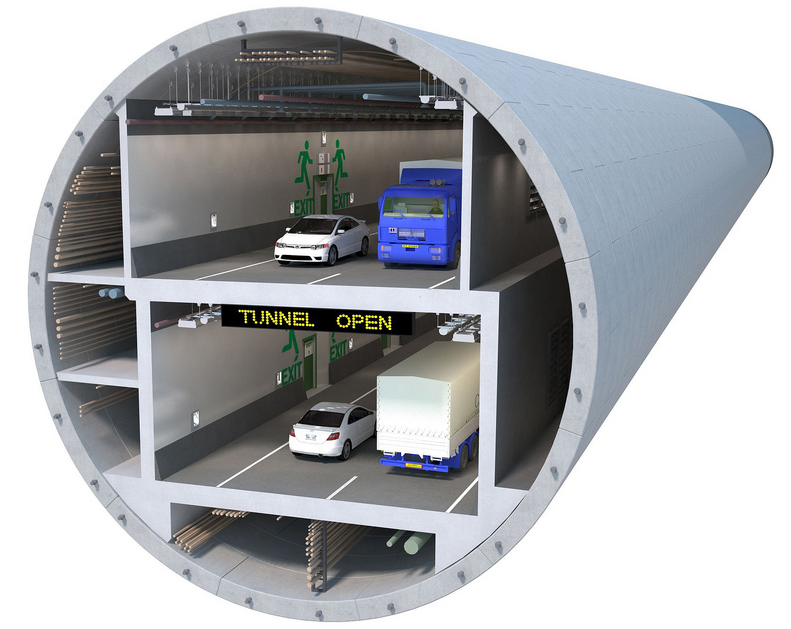 Or for more information about the project see North American Tunneling Journal’s full-length feature in the December/January print edition.