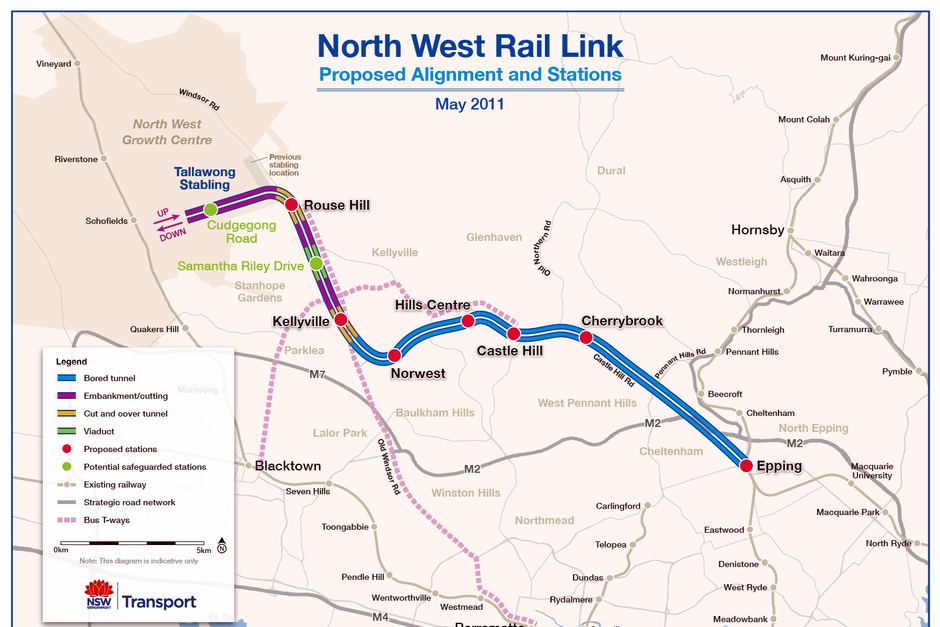 The 2011-12 Budget, announced yesterday, allocated $314M to the North West Rail Link project this year, with a provisional allocation of $2.5bn over four years.

Ms Berejiklian said the start of geotechnical drilling along the 23km route was a significant milestone. “This is an important part of the design work currently underway for the project and will help produce a very detailed picture of what the tunnelling contractors will encounter as they build our nation’s longest rail tunnels,” Ms Berejiklian said.

At least 150 boreholes with a diameter of up to 15cm will be drilled at various locations along the proposed alignment between Rouse Hill and Epping. The boreholes will be drilled to depths of up to 75m below ground and will be used to confirm underground geological profiles, rock types and site conditions. A core sample will be taken from each hole to provide a snapshot of the underground rock conditions in the area with details about rock type, geological fault areas and other underground characteristics. This will be important in helping finalise the civil design for the stations and the 15.5km of tunnel between Epping and Kellyville, and also for the remainder of the route. At the completion of the test work, sites will be restored to their original condition by contractors Coffey Geotechnics, which was last month appointed to do the drilling work through an open tender process.

“This is just one of the projects in this year’s record infrastructure budget totalling $62.6bn over the next four years.

“This is a budget which builds for the future and secures the State’s economy,” Mr Baird said.

“The community feedback about the North West Rail Link has been overwhelmingly positive, from locals visiting the new community information centre to having their say at community forums.”