The owners of Fero, the Franco family of Perth, have agreed to invest part of the sale proceeds into DSI Underground Australia’s parent company, DSI Underground Holdings S.a.r.l. and will become a shareholder in DSI Underground’s global mining business.

Michael Reich, Group CEO of DSI Underground International said the aim was to provide customers with a broader range of products, allow for continued R&D investment; and adapt to the digitalization of products and services.

“I am very pleased that the owners of Fero, the Franco family, will become shareholders in DSI Underground and Fero’s Managing Director, Michael Franco, will continue to support DSI Underground at an operational level and as an advisor to the global DSI Underground Board. I look forward to welcoming Michael and the entire Fero team to DSI Underground.”

Fero’s Managing Director, Michael Franco said the Franco family was extremely proud of the entire Fero team and the leading business it had have built together.

“We now look forward to working closely with the DSI team to support the continued growth of the combined businesses. Personally, I look forward to becoming part of the DSI global team,” Mr Franco said.

Terms of the acquisition have not been disclosed and the transaction is conditional on regulatory approval. 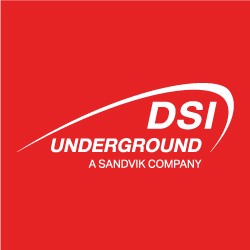