The City of Cologne, Kölner Verkehrs-Betriebe (KVB) and the consortium Nord-Süd-Stadtbahn Köln Los Süd, consisting of Bilfinger SE, Wayss & Freytag Ingenieurbau AG and Ed. Züblin AG, have agreed on a €600M out-of-court settlement of the civil lawsuits over the collapse of the Cologne city archives on 3 March 2009, during construction of a new underground railway line on the Cologne Stadtbahn system.

A statement from Strabag says:

“All claims will be settled by payment of a total of €600M by the consortium. Under the settlement agreement, the consortium has also agreed to carry out, at its own expense, the refurbishment and extended completion of the structural shell of the track switching facility as well as the integration of a space for a future memorial. 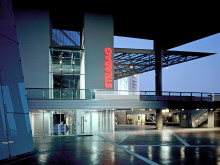 “The agreement helps to avoid another long legal dispute about the cause and amount of damage, which would tie up material and human resources. Despite the fact that the cause of the damage has not been conclusively clarified, the consortium has agreed to discontinue the reconnaissance inspections at the accident site. This clears the way for the refurbishment and completion of the track switching facility and the conclusion of the underground line.

The Management Board of STRABAG SE has said that it welcomes the settlement, which averts a further long phase of uncertainty.

“In view of the extremely complex issue regarding the cause of the damage, which has kept all involved parties occupied for more than 11 years and would probably have kept them occupied for another 10 to 15 years, and after intensive consideration of all options, we consider the agreement reached to be reasonable – not only for all project participants but also for our shareholders,” says Thomas Birtel, CEO of STRABAG SE and Chairman of the Supervisory Board of Ed. Züblin AG.

“The time has come to draw a line under the past and to focus on the challenges facing us in these difficult times. Still, the third of March 2009 will remain a deeply tragic day that we will never forget.”